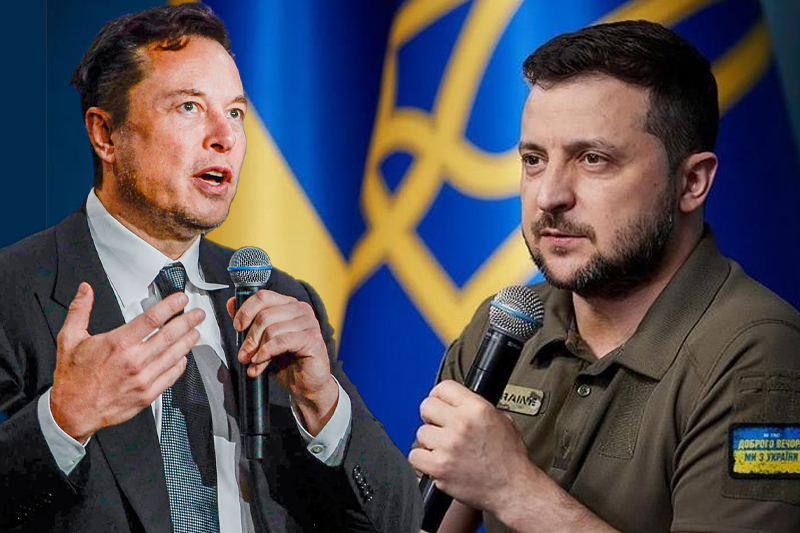 The President of Ukraine, Volodymyr Zelenskyy, has invited the businessman and the world’s richest person, Elon Musk, to visit Ukraine to see the aftermath of Russian war crimes with his own eyes.

The Ukrainian president reportedly said at the summit, “I think that either someone has influence over Musk or he somehow draws conclusions on his own. If you want to understand what Russia has done here, come to Ukraine and you will see it all for yourself.”

Zelenskyy was referring to Musk’s Twitter poll about the Ukraine war. In October, Musk asked Twitter users to weigh in on a plan to end Russia’s war in Ukraine. He suggested holding new referendums on four Ukrainian territories occupied by Russia. Musk also urged the world to officially recognise Crimea as part of the Russian Federation. Subsequently, Zelenskyy responded to Musk’s plan with his own poll. Zelenskyy wrote on Twitter, “Which Elon Musk do you like more?” He offered two responses to the Twitter users: one who supports Ukraine and one who supports the Russian Federation.

Russian President Vladimir Putin sent troops to Ukraine on February 24, 2022. He called on Ukraine to cease hostilities. Since then, the war has been ongoing. In recent months, the world powers have accused the Islamic Republic of Iran of supplying weapons to Russia to use in its war against Ukraine. They also imposed sanctions against Iran over the transfer of Iranian drones to Russia.

Recently, Zelenskyy accused Russia of using the cold in the winter season as a “weapon of mass destruction” by striking energy infrastructure.

Last month, the World Health Organization (WHO) warned that millions of people in Ukraine can face a life-threatening winter this year due to the Russia-Ukraine war.