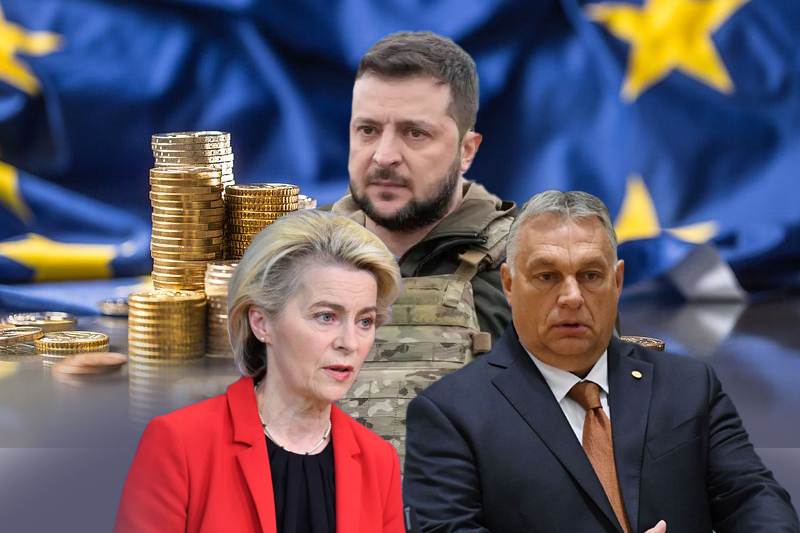 The approval of a new financial aid package by the European Union for Ukraine worth €18 billion has been blocked by Hungary. The aid package is required urgently by Kyiv to cover “ballooning state deficit” and support the economy as the invasion by Russia continues. The EU aid has been designed to be released to Kyiv over the course of 2023, which will amount to €1.5 billion per month.

“Hungary is not in favour of the amendment of the financial regulation,” Hungarian Finance Minister Mihály Varga said during a meeting of finance ministers. The veto power used by Hungary has thereby created a domino effect and triggered delay in three other key votes, one of which is on deal to reform corporate taxation.

“Ukraine is a country at war, it desperately needs our support and we just cannot allow one member state to delay and derail this EU financial support,” said European Commission Vice President Valdis Dombrovskis as he stressed on the criticality of the financial aid package to Ukraine.

Hungary is on the verge of having €7.5 billion of its allocated share of the EU budget frozen after failing to complete a series of reforms that are meant to address, among other issues, corruption, irregularities in public procurement and conflicts of interest from government officials, as reported by Euro News.

The financial aid package, which EU is keen to pass this year, requires a unanimous vote to be passed. This has been used by Hungary to leverage its veto and exert pressure on the other two critical votes – the €7.5 billion in cohesion funds and the €5.8 billion in recovery grants – which “only need a qualified majority”.

Hungary’s Prime Minister Viktor Orbán has said there was “no veto, no blackmailing” and that his country was “open to providing financial aid to Ukraine on a bilateral basis”. Orban tweeted, “Common EU debt is not the solution. If we continue to go down the road towards a debt community, we will not be able to turn back.”