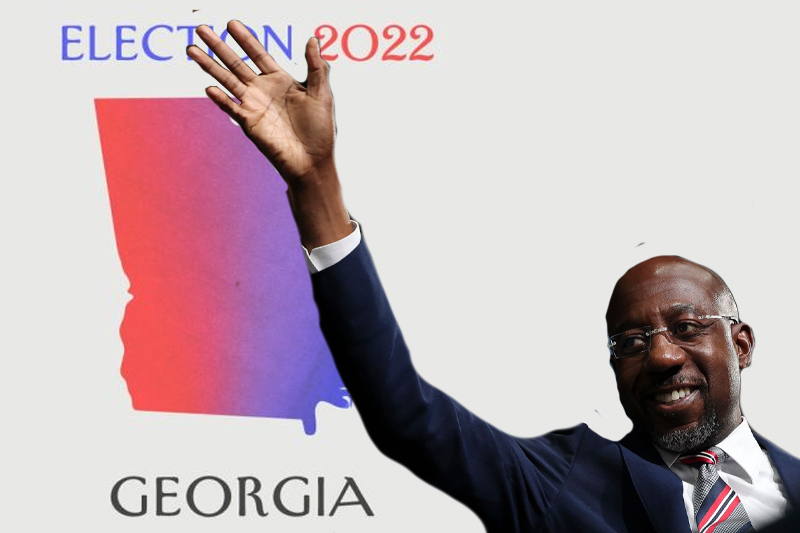 Democratic Senator of key state of Georgia, Raphael Warnock has registered a significant win as he defeated his Republican challenger Herschel Walker in a runoff election on Tuesday. With his win, Warnock has ensured that his party of Democrats has an outright majority in the Senate chamber with 51-49 lead.

“After a hard-fought campaign — or, should I say, campaigns — it is my honor to utter the four most powerful words ever spoken in a democracy: The people have spoken,” Warnock, 53, said as he addressed his supporters at a downtown Atlanta hotel ballroom. “I often say that a vote is a kind of prayer for the world we desire for ourselves and for our children,” declared Warnock, who is a Baptist pastor and also his state’s first Black senator. “Georgia, you have been praying with your lips and your legs, your hands and your feet, your heads and your hearts. You have put in the hard work, and here we are standing together.”

In last month’s mid term election, Warnock was leading by 37,000 votes out of almost 4 million votes that had been cast across the state of Georgia. This was falling short of the required 50 per cent to avoid a runoff. Walker, a football legend at the University of Georgia and in the NFL, faced a defeat to his opponent amid burdens of controversial allegations that included the claims that he paid for abortions of two former girlfriends despite him supporting a national ban on the abortion.

Walker’s defeat is definitely going to amplify the questions around true status and standing of Trump in the GOP with him announcing his 2024 presidential election bid. Looking at a bigger picture, all the candidates who had been endorsed by Trump have fared poorly in the mid term election. Does this mean that Trump is losing his once firm hold on the fellow Republicans? Can this come to a big advantage for the Democrats and Biden’s presidency? The short answer is – most certainly yes.