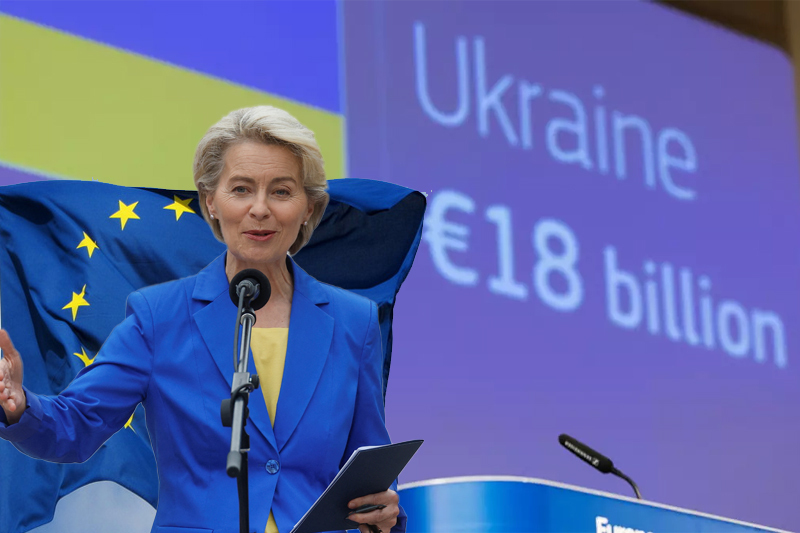 eu pledges 18 billion to fill the budget deficit in kyiv

EU pledges €18 billion to fill the budget deficit in Kyiv

The European Commission has revealed a new package of €18 billion in financial support to be disbursed over the course of 2023 in an effort to aid Ukraine in closing the growing gap in its government budget. Due to the EU’s well-publicized failure to provide the €9 billion allocated for 2022, the envelope will make the money more predictable and reliable.

Despite several requests from Kyiv, including those from President Volodomyr Zelensky, that original package, announced back in May, be moved forward, member nations are still engaged in negotiations. Only €3 billion have been paid to Kyiv thus far, and another €2.5 billion and €0.5 billion are slated to be released by the end of this month and the following month, respectively.

But it appears as though the remaining €3 billion have been abandoned, with no end in sight. The bloc is not required by law to release that final payment because it never approved it. The ability to distribute the entire package would, without a doubt, be preferable, Executive Vice-President of the European Commission Valdis Dombrovskis told Euronews on Wednesday.

“However, we are aware that we require more guarantees from member states in order to finance this year’s unprecedented macrofinancial assistance programme. There were discussions among the member states, but the total amount was not settled upon with certainty.” The new €18 billion package for 2023, which will equate to €1.5 billion every month to help Ukraine manage its financial deficit, is what Brussels now plans to focus on in order to get past this year’s disaster.

Importantly, the Commission will request approval of the entire envelope from the two co-legislators, the European Parliament and the EU Council, in order to establish the legal responsibility to distribute the €18 billion. End of January is when the first payment is anticipated to be made, with subsequent quarterly disbursements. The essential infrastructure will be repaired and basic public services will be maintained with the help of EU funds. Ukraine will be required to implement reforms relating to the rule of law, anti-corruption, and anti-fraud in order to release the funds.