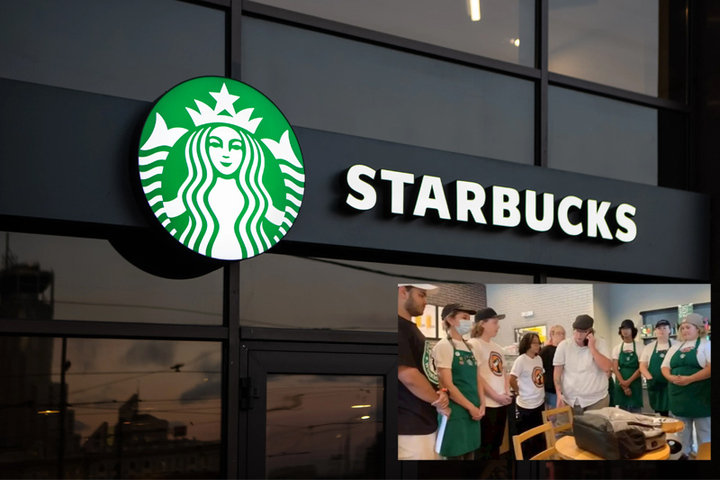 Starbucks sued for charging unionized US workers of assault, kidnapping

Starbucks sued for charging unionized US workers of assault, kidnapping

Starbucks Corporation was sued on Monday, October 17 by eight employees of a unionized South Carolina store who allege that the business wrongly accused them of criminal behavior after they asked a raise from their manager.

A few miles from Clemson University, the workers filed a complaint in South Carolina state court against Starbucks and the manager of the Anderson location. After the employees demanded a raise in August, the management allegedly persuaded police to file assault and kidnapping charges against them.

In June, the employees of the store voted 18-0 to unionize.

In the past year, at least 240 additional Starbucks stores in the United States have unionized, and the firm has been accused of illegal labor tactics at dozens of locations. Starbucks has denied any misconduct.

Starbucks did not respond to a request for comment on the complaint immediately.

According to the lawsuit, the Anderson employees submitted the manager with a letter requesting a raise on August 1. According to the plaintiffs, she then called a Starbucks district manager and allegedly stated that employees were preventing her from leaving the store.

According to the lawsuit, the manager reported the event to law authorities two days later, initiating a weeks-long investigation that included police visits to the homes of some of the workers.

According to the plaintiffs, the local sheriff’s office ultimately determined that the employees had not committed any illegal acts.

Starbucks issued a statement on August 8 indicating that the management had felt unsafe and that the employees had been suspended with pay awaiting an inquiry.

Plaintiffs in the complaint filed on Monday said the statement wrongly implied they had intimidated the manager and engaged in illegal activity.

The employees charged Starbucks of slander and legal procedure abuse in violation of state law. They demand unspecified punitive and compensatory damages.