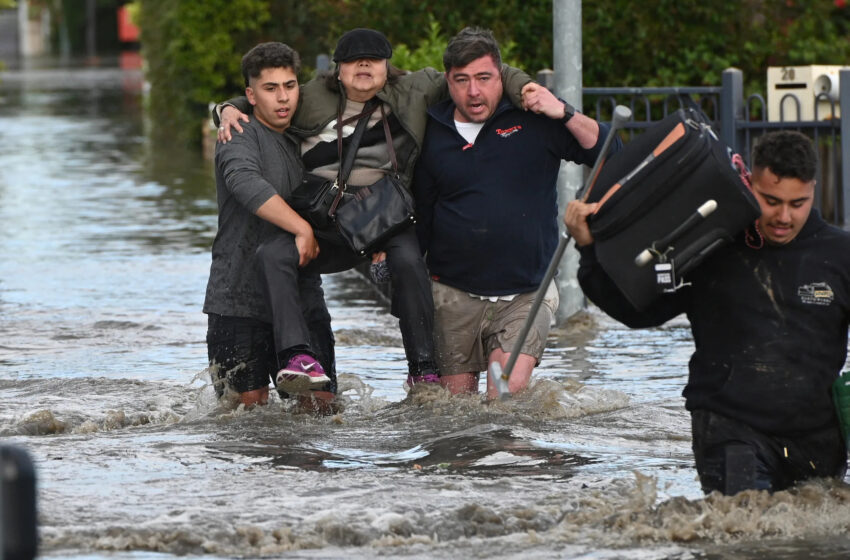 On Sunday, October 16, Australian Prime Minister Anthony Albanese visited flood-ravaged areas of Victoria state, including the city of Melbourne, as three states continued to deal with a flood disaster caused by days of severe rainfall.

Flood warnings were in effect for portions of Victoria, southern New South Wales, and northern Tasmania after a weather system poured more than a month’s worth of rain on the southeast earlier this week.

“Australians are pulling together, they are helping each other out, and once again we are seeing the best of the Australian character through the worst of times,” Albanese said in Melbourne, where a huge flood cleanup was taking place.

Earlier, the prime minister stated that the “very severe weather event” was hurting both urban and rural communities and that 60 members of the Australian Defense Force were now on the ground to assist with evacuations and sandbagging.

In Victoria, where flooding was most severe, the attention remained on the north, particularly the city of Shepparton, from which hundreds of residents were warned it was too late to flee as waters rose.

A man’s body was discovered in floodwaters in Rochester, around 200 kilometers (124 miles) north of Melbourne, on Saturday, marking the first flood-related fatality in Victoria.

Thousands of locals in Melbourne were cleaning up after the Maribyrnong River flooded adjacent districts to the central business district on Friday.

A contentious floodwall prevented the flooding of Melbourne’s renowned Flemington racecourse, but has been criticized by some for aggravating flooding in neighboring residential areas.

Tim Wiebusch, chief of operations for the Victoria State Emergency Service, stated that the state was currently experiencing “blue sky flooding” as a result of the cessation of precipitation.

On Sunday, 74 flood warnings were in effect across New South Wales, with authorities particularly concerned about flooding in the interior communities of Forbes, Narrandra, and Moama.

The majority of the 22 flood warnings in Tasmania occurred around Launceston, the state’s second-largest city.