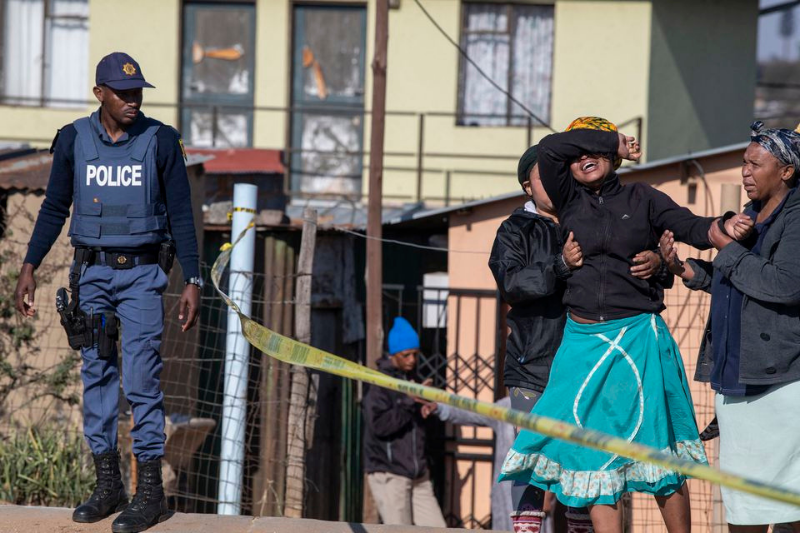 A mass shooting at a pub in the Johannesburg suburb of Soweto has left 15 people dead and several others critically injured, according to the police report on the incident.

Some of the attendees at the bar were hit by gunfire shortly after midnight on Sunday, according to accounts from local police.

The injured have been transported to the Chris Hani Baragwanath Hospital.

According to the Gauteng Province Police commissioner Lt. Gen. Elias Mawela, they believe that a group of people opened fire in the pub based on the number of cartridges seized at the scene.

This is what Mawela said, according to the AP: “The primary investigation suggests that these people were enjoying themselves here, in a licensed tavern operating within the right hours.”

“All of a sudden, they heard some gunshots. That is when people tried to run out of the tavern. We don’t have the full details at the moment of what is the motive, and why they were targeting these people,” he added.

“You can see that a high caliber firearm was used, and it was shooting randomly. You can see that every one of those people was struggling to get out of the tavern,” Mawela said in the interview.

Police had difficulty locating people in the vicinity where the gunshot occurred since it was dark, he said.

A 9 mm pistol and rifle were used in the attack, according to Col. Dimakatso Sello of the national police.

On Saturday night in the coastal city of Pietermaritzburg, four people were killed by unidentified shooters in a tavern in the Sweetwaters Township.

Three people were killed, and four were injured when two males entered the tavern and started the fire at random, according to authorities. A total of eight persons have been taken to the hospital, according to police. According to authorities, the deceased was between the ages of 30 and 45, and they are currently the subject of an investigation into possible murder and attempted murder charges.

According to Kwazulu-Natal police commissioner Gen. Nhlanhla Mkhwanazi, “the team will be working around the clock to track down and bring to book those responsible for this shooting.

“As a nation, we cannot allow violent criminals to terrorize us in this way, regardless of where such incidents may occur,” Ramaphosa said. Adding that, “As the government, citizens, and structures of civil society, we must all work together even more closely to improve social and economic conditions in communities, reduce violent crime and stamp out the illicit circulation of firearms.”

Two weeks ago, 21 teenagers were found dead in an East London tavern after a shooting spree. According to officials, the youngsters were neither shot nor crushed in a stampede, and the reason for their deaths has not yet been determined.