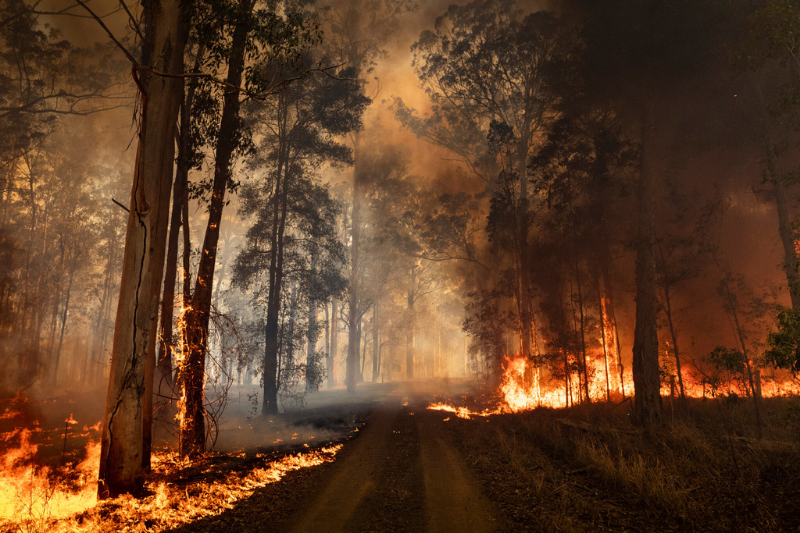 Over 60 aircraft and more than 3,000 firefighters battled wildfires in Portugal, Sunday, that authorities claim has injured 29 people, according to the country’s National Emergency Management Agency (INE).

As reported by Portuguese state television RTP and other local media, authorities indicated that 12 firemen and 17 civilians needed medical help to address minor injuries resulting from the blazes. Over 3,000 firemen were battling active fires as of Sunday afternoon, according to Portugal’s Civil Protection Agency (CPA).

The Portuguese government claims to have sent 60 planes to assist their ground forces.

As a country, Portugal has had its share of devastating forest fires over the years. More than 100 individuals were murdered by wildfires that raged out of control in 2017.

The European Union claims that climate change is making this year one of the worst natural disasters like droughts and wildfires in Europe’s history.

A fire in the southwest of Spain prompted the evacuation of 30 individuals from their houses across the border. El Ronquillo’s 115 firefighters were supported by helicopters and planes as they battled the blaze.

“In view of the weather forecasts that indicate a severe worsening of the risk of rural fires,” Prime Minister António Costa postponed his intentions to visit Mozambique this week.

An “extreme” or “severe” drought has affected 96% of this southern European country as of June.

In response to the wildfires, authorities have raised their status of alert. Increased attention in Portugal was imposed Saturday and will last through Friday.

As Portugal endures a heat wave with temperatures anticipated to reach 43 degrees Celsius, the wildfires are on their way (109 degrees Fahrenheit). The use of farm machinery has been prohibited, as have fireworks and restrictions on public access to woods deemed particularly vulnerable.

Reminding the public not to use heavy farm machinery that could spark, Costa posted a message on Twitter.

The Prime Minister reminded everyone that “Preventing fires is the best help we can give our firefighters.”