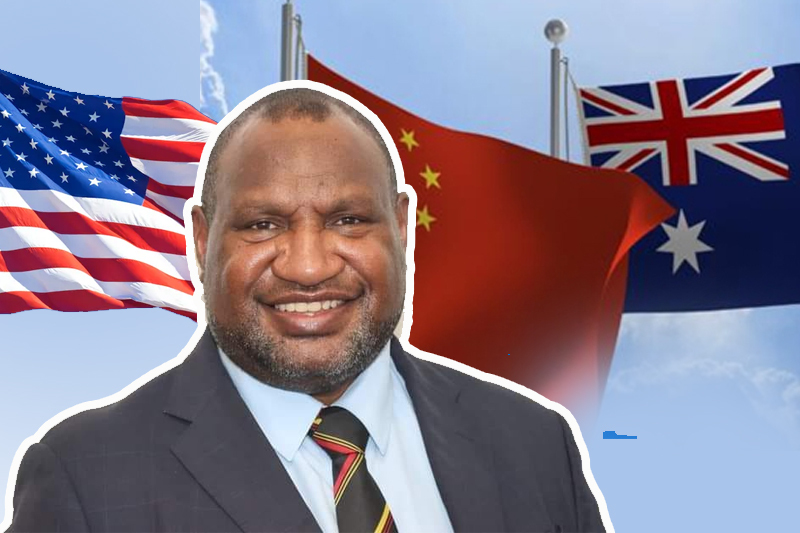 “Our nation is still an emerging economy, we cannot afford the standoff between our trading partners,” Prime Minister of Papua New Guinea, James Marape told the Guardian during his visit to Sydney for a petroleum and mining conference. The prime minister of PNG has stressed and extended a warning that his country will “not be caught in a standoff” between the United States, Australia and China amid rising geopolitical friction in the Pacific region. He also warned the three global powers to “keep your fights to yourselves”.

He added that as the conflict between US and China is on a rise, the Pacific leaders can get trapped into the chaos. “I think amongst ourselves we realise those contests are taking place above our heads, we counsel ourselves that we can’t afford to be caught in those debates,” he said.

In September, US President Joe Biden had chaired a US – Pacific Summit in Washington aimed to counter China’s growing aggression, to which all Pacific leaders were invited. PNG’s Prime Minister Marape had, at the summit, told President Biden that US was a far off trading partner of his country, and that it will not hurt its existing trading relations and allies in pursuit of far fetched partnership with US. “So keep your debates to yourselves and your fights to yourselves. Your enemy is not my enemy, that’s a line that is emerging in the Pacific. We will not compromise democracy, we will not compromise our relationships with the west as far as democratic values are concerned, but at the same time we will never compromise our trading relationships,” Marape added.

Talking about PNG’s relationship with China, Marape said, The Chinese to be fair, they have never, in the last three years I’ve been prime minister, they have never pushed that space in terms of asking us to look at security arrangements, setting up a military base in PNG,” he said. “When I met President Xi Jinping on the margins of Apec, there was no conversation about security arrangements, it was purely conversations on commerce and trade.”