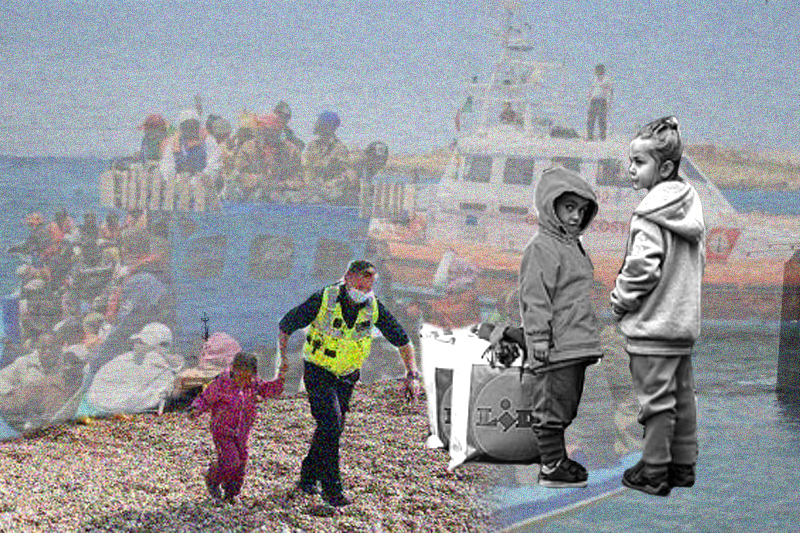 During the period starting January 1 and October 31 this year, around 40 Albanian migrant children have left the UK authorities care and have gone missing since. The information was shared last week by Kent County Council. The Council said that “of the 197 unaccompanied Albanian children they had been asked to care for in the last year, 39 – or almost one fifth – have now gone missing.”

As reported by The Guardian, this year has seen the maximum number or people from Albania who made the Channel crossing to reach the UK, and also made the majority of all crossings, making over 12,000. Over the last couple of years, the growing number of unaccompanied child migrants taken into the care of Kent County Council have stretched authorities to the point where they have refused to take further children, saying they are “overwhelmed”, mentions Info Migrants. Due to reaching the saturation, between August and December 2020 and June and November 2021, Kent Council refused to take in any more migrant children to their care. Other UK regional authorities were called out share the burden of massive child migrant influx.

Addressing the case of missing children, Kent County Council told the Guardian that it could be “very challenging to prevent all children from going missing.” The spokesperson confirmed that “there had been a significant increase of Albanians arriving and that the Council recognized the vulnerability of Albanian unaccompanied children.”

A spokesperson from ECPAT, the organization which works to protect children from trafficking, shared concerns with BBC about the fate of some of the children who had gone missing. The ECPAT spokesperson said that the “missing children could easily fall victim to abuse and exploitation. Some were at risk of ending up becoming victims of human trafficking, or being forced to work in cannabis farms or being criminally exploited in other ways”.

“Child victims of trafficking are at significantly high risk of going missing. The most recent findings from a joint ECPAT UK and Missing People report found that 13% of unaccompanied children went missing from care in 2020 (692 of 5,263),” the organization said.

It has been reported by Daily Mail that UK Prime Minister Rishi Sunak was hoping to sign an agreement with Albania’s Prime Minister Edi Rama that would allowing the UK to deport Albanians crossing the Channel more quickly. If the deal is agreed upon, some Albanians could be sent back to their country where they wait for their asylum process rather than accommodating in UK.