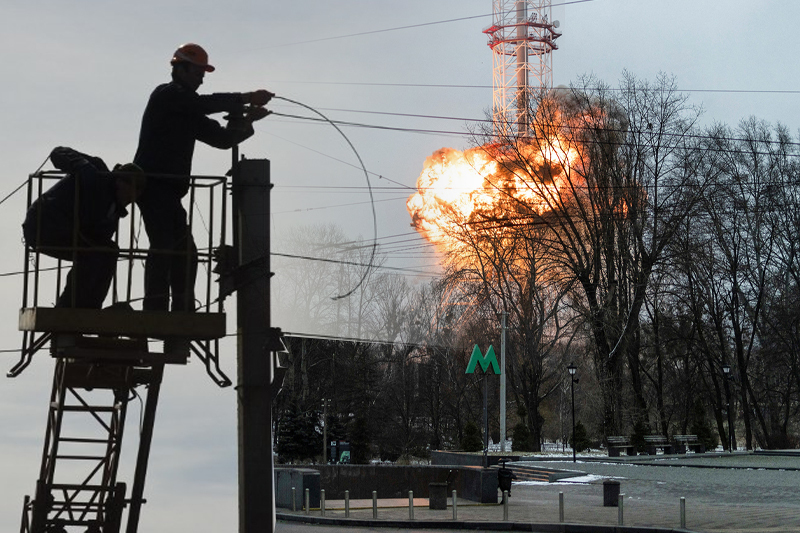 The Ukrainian officials said that 15 people were killed in the Ukrainian city of Kherson as Russian authorities continued to bombard the city.

Russian shelling has affected the lives of Ukrainians. The city has faced multiple attacks for the second day in an escalation of shelling. Meanwhile, engineers across the country have sought to restore heat amid the winter season.

In recent weeks, Russian attacks affected Ukraine’s energy infrastructure. Yaroslav Yanushevych, the governor of the Kherson region, said that the area was shelled “54 times” by Russian authorities on Thursday. According to Yanushevych, 54 people were also injured in the bombardment. Recent Russian attacks also left millions of homes across the country without electricity during the winter season.

Ukrainian President Volodymyr Zelenskyy also visited one emergency centre that was set up to provide heat, water, electricity and mobile communications to Ukrainians. He revealed that more than six million households in the country were affected by power cuts. The Ukrainian President reportedly said, “We have to endure this winter, a winter that everyone will remember.”

Earlier, he accused Russia of using winter as a “weapon of mass destruction” by striking energy infrastructure. He urged the Association of French Mayors to support Ukrainian “towns” against “terrorism.”

Earlier, the World Health Organization (WHO) also warned that millions of Ukrainians face a life-threatening winter this year because of Russian attacks. WHO referred to the water and electricity shortages in Kherson.