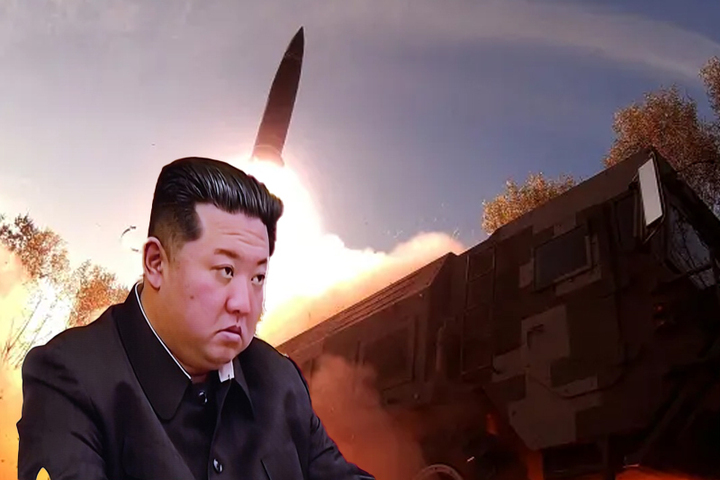 North Korea launched a ballistic missile on Thursday, November 17, and warned of “fiercer military responses” to US moves to bolster its security presence in the region alongside its allies, claiming that Washington is making a “mistake it would come to regret.”

The military of South Korea reported that the ballistic missile was launched at 10:48 a.m. from the city of Wonsan on the north’s east coast (0248 GMT). It was the most recent of a record number of such tests this year, and North Korea also recently blasted hundreds of artillery shells into the sea as South Korea and the United States conducted military maneuvers that included Japan.

During the discussions, US President Joe Biden reaffirmed his commitment to strengthen extended deterrence and to defend the two Asian allies with a “full spectrum of capabilities,” including nuclear weapons.

Choe stated that the three countries’ “aggression-based war games” were ineffective in restraining North Korea and would instead pose a “more severe, actual, and unavoidable threat” to themselves.

Choe said in a statement broadcast by the official KCNA news agency, “The DPRK’s military counteraction would be more severe the more the US emphasizes its ‘enhanced offer of extended deterrence’ to its allies and the more they conduct provocative and bluffing military acts.”

She referred to her nation by its official abbreviation, the Democratic People’s Republic of Korea.

“The United States will be aware that it is gambling, which it will regret,” Choe added.

The trilateral summit and its collaboration on extended deterrence are geared at combating the North’s nuclear and missile threats, according to a spokesman for South Korea’s defense ministry.

Since May, the United States has asserted that North Korea is ready to execute its first nuclear test since 2017, but the precise time of this event remains unknown.

After the conference, Washington, Seoul, and Tokyo issued a joint statement stating that Pyongyang’s nuclear tests will be met with a “strong and decisive response.”

Choe stated that the North’s military efforts are “legal and appropriate countermeasures” to the US-led exercises.

Kwon Young-se, the South Korean minister in charge of intra-Korean matters, stated that the North may delay its nuclear test due to China’s domestic political agenda.

“North Korea may not have an imminent need to conduct a nuclear test because its nuclear law was codified in August,” Kwon said in an interview with the Yonhap news agency published on Thursday.