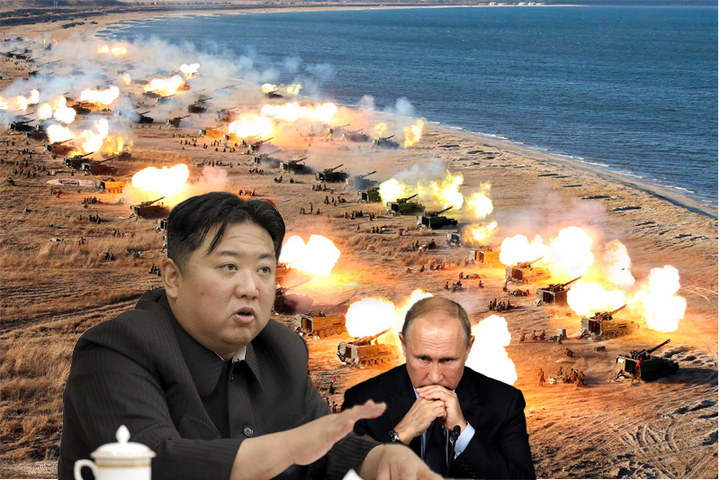 North Korea denies having any arms deals with Russia

North Korea denies having any arms deals with Russia

North Korea stated on November 8 that it has never dealt in armaments with Russia and has no plans to do so, according to its state media, after the United States claimed that North Korea appears to be providing Russia with artillery shells for its war in Ukraine.

John Kirby, a spokesman for National Security at the White House, stated last week that the United States has intelligence indicating that North Korea is providing a “substantial” quantity of artillery shells to Russia covertly.

North Korea is attempting to conceal the shipments by routing them through nations in the Middle East and North Africa, according to Kirby, and the United States is monitoring whether the supplies are received.

A North Korean defense ministry spokesman dismissed the charges as rumors and stated that Pyongyang has “never conducted ‘arms deals’ with Russia” and has “no plans to do so in the future.”

In a statement broadcast by the KCNA, a North Korean official said, “We view such actions by the United States as part of its hostile attempt to damage the image of the DPRK in the international arena by using the illegal’sanctions resolution’ of the (UN Security Council) against the DPRK.”

As Russia’s isolation over its war in Ukraine has intensified, any weaponry supplies would be a further indication of the strengthening connections between Moscow and Pyongyang.

North Korea was one of the few nations to recognize the independence of separatist Ukrainian areas, and it has voiced support for Russia’s declared annexation of portions of Ukraine.

Victor Cha of the Center for Strategic and International Studies in the United States said in a statement, “North Korea is utilizing the Ukraine conflict to strengthen its ties with Russia.”

Kirby’s remarks imply that Washington will monitor the shipments but will not intercept them because it does not believe it will significantly affect the conflict, he said.

Cha noted that the United States has the ability to follow shipments, and interdiction may be a viable option given Russia’s veto power at the United Nations Security Council.

“To avoid any military confrontations, U.S. authorities may work with willing nations to prevent the shipment from reaching the battlefield by holding it at customs,” he said.