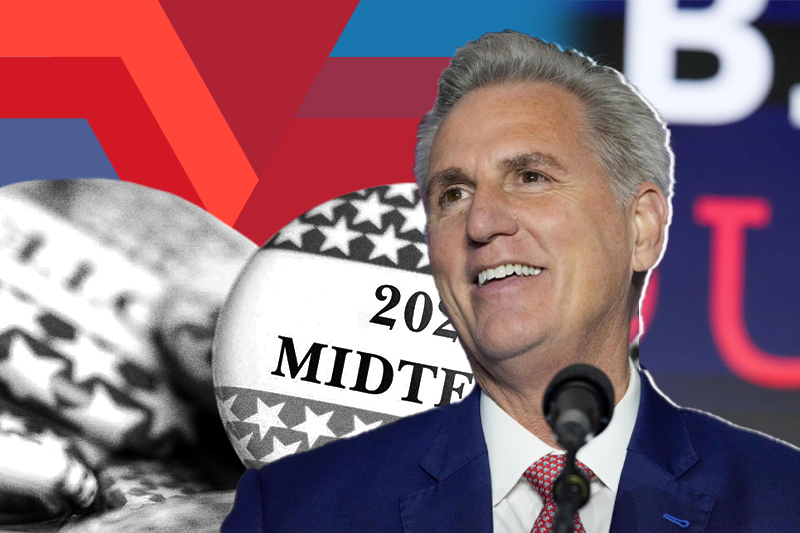 Republicans have finally managed to gain back the control of the House of Representatives, but with a very thin majority as they came close to 218 seats required for majority. Nonetheless, this was a big relief for the GOP as they had failed to win Senate from the Democrats. The 2022 mid term elections have failed to impress the Republicans as the expected red wave was turned into a mere trickle.

But the win has brought problems for the Democrats and the Biden administration as they lost control of House where they had enjoyed a majority for the past two years along with the Senate. The ambitious agendas of Biden administration have a tough road ahead with Republicans having majority in the House. The result also means that this is the end of Democrat Nancy Pelosi’s time as House Speaker as the speaker’s gavel is likely to pass to Republican leader Kevin McCarthy who has announced his bid for the post.

Taking the control of the lower chamber of the US Congress, the House, gives the Republican party an excellent opportunity to move forward in opening the intended investigations, including President Biden’s chaotic withdrawal of US troops from Afghanistan, politicized probes of government actions during the coronavirus pandemic and Biden’s son Hunter Biden’s business activities.

Kevin McCarthy, R-California, celebrated his party having “officially flipped” the House, as he tweeted, “Americans are ready for a new direction, and House Republicans are ready to deliver.” Current House Speaker Nancy Pelosi, D-California, released a statement, “In the next Congress, House Democrats will continue to play a leading role in supporting President Biden’s agenda — with strong leverage over a scant Republican majority.”

Congratulating McCarthy for the win, President Biden said he is “ready to work with House Republicans to deliver results for working families.” Biden said in a statement, “Last week’s elections demonstrated the strength and resilience of American democracy. There was a strong rejection of election deniers, political violence, and intimidation. There was an emphatic statement that, in America, the will of the people prevails.”