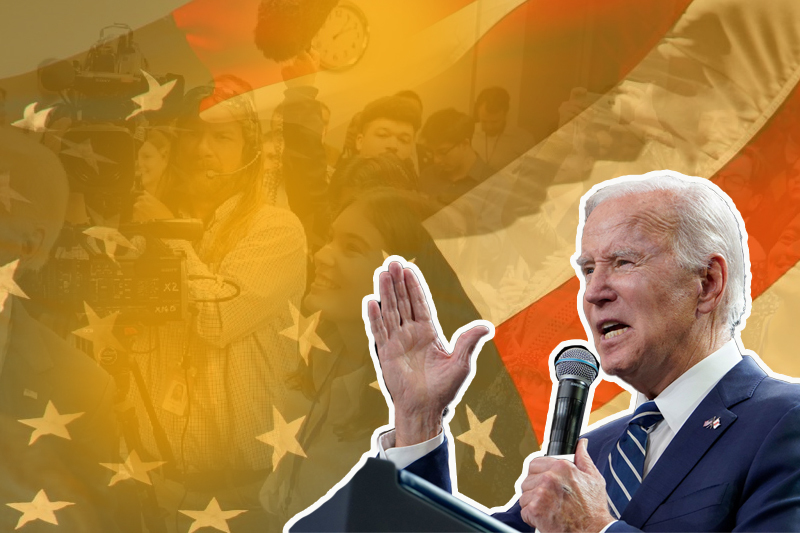 President Joe Biden lashed out at the Florida Republican Governor Ron DeSantis calling him a “Donald Trump incarnate,” as he tore apart his potential 2024 GOP presidential contender. President Biden was speaking in Florida at a campaign rally ahead of next week’s midterm election.

The United States President is up for a quite eventful final week before midterm elections as he is scheduled to campaign in New Mexico on Thursday, California on Friday and Pennsylvania on Saturday.

In Florida, President Biden focused on federal programs for elderly people, the state being a hot spot for retirees to settle down. He declared that the current GOP candidates “ain’t your father’s Republican party” and said that “he prayed God would deliver his opponents some enlightenment.” He then capped his day in Florida with a rally at Florida Memorial University, a Black university historically, for the state’s Democratic Party including gubernatorial candidate Charlie Crist and Senate candidate Val Demings.

Making open attacks at the Republican governor Ron DeSantis, Biden said, “This to me is one of the most important races in the country. Charlie is running against Donald Trump incarnate.”

“Governor DeSantis only cares about the White House, he doesn’t give a damn about your house,” Crist told the audience.

Biden also said that Republicans were “coming after” the right to vote, issuing a stark warning that “democracy is on the ballot.” The president spent majority of his speech painting a “stark contrast” between Democrats and Republicans, including the differences of stance on issues such as Social Security, Medicare, abortion and student loans.

Florida has been the much awaited campaign stretch for President Biden to close on to his concluding speech while taking a jibe at Republicans and supporters, the former President Donald Trump and his “MAGA” supporters. “You can’t shake a stick (in Florida) without hitting a Republican that represents the MAGA extremes that the president is talking about,” a senior Biden adviser said. “So, it allows the president to really drive home what’s at stake and what the choice is.”

“God, give some of our Republican friends some enlightenment,” Biden said as he concluded his speech at Hallandale Beach in Florida.