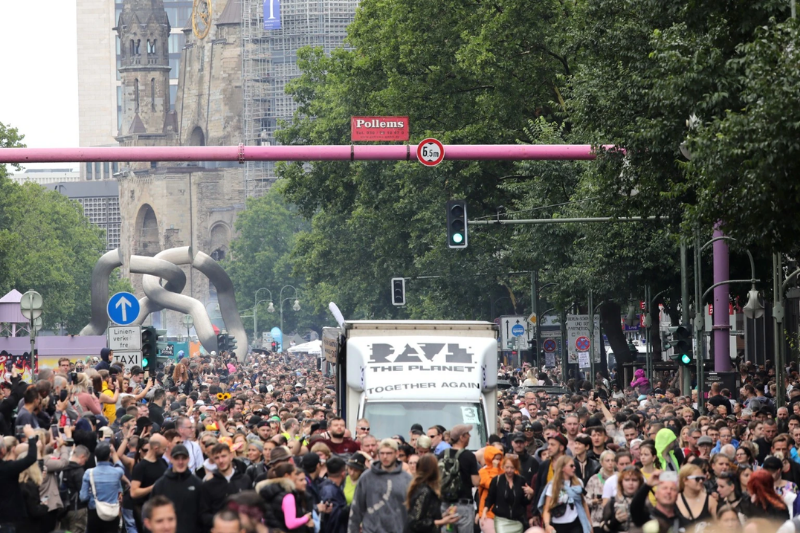 Berlin has begun a techno march that includes the originator of Berlin’s once-popular Love Parade, who is calling for the city’s electronic music culture to be placed on a World Heritage list.

The Kurfuerstendamm shopping boulevard served as the starting point for the “Rave the Planet” procession, which proceeded to the Victory Column in the center of Berlin’s Tiergarten park.

According to reports from the German news agency DPA, the police estimated that 20,000 people turned out for the march despite the cool and rainy weather. They assigned 600 officers to the scene, but there were no reports of any incidents.

One of the people who helped organize the parade was a DJ by the name of Dr. Motte.

He advocated for an unconditional basic income for artists. He wanted UNESCO, the cultural arm of the United Nations, to recognize Berlin’s club culture as an essential part of the city’s intangible cultural heritage.

Dr. Motte, who is now 62 years old, is most known for being the founder of the Love Parade, which evolved from a modest procession consisting of only 150 rave attendees in 1989 to a massive music festival and street party attended by 1.5 million people in the following decade.

Later on, the event’s popularity began to decline, and the city of Berlin hosted it for the final time in 2006.

After that, there were a few more Love Parade events in Germany’s industrial Ruhr region. Still, they all came to a stop after 21 people died in a panic at the 2010 Duisburg event, which was organized by a different group.