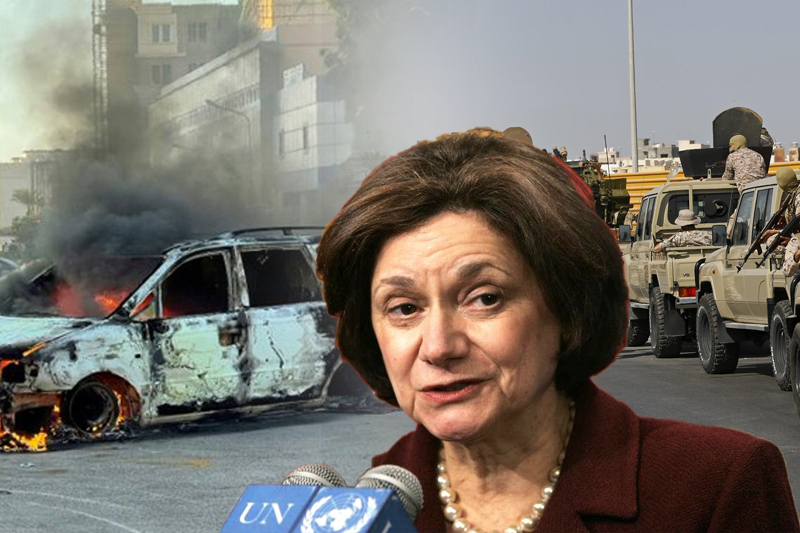 The United Nations political chief, Rosemary DiCarlo issued a warning on Tuesday while addressing the Security Council that further delay or failure to resolve political crisis in Libya and hold much delayed elections raises a growing threat in the North African country. The chief underlined recent violent clashes that killed at least 42 people and injured about 159.

Elections remain the only way to break the current political impasse in #Libya. Any support the parties receive from within or outside the country should serve to unite them, not divide them. My remarks to the Security council today: https://t.co/6gUTvOz0Sn

Libya was divided between two rival administrations after the overthrow of former Libyan leader Muammar Gaddafi a decade ago. The Government of National Accord (GNA) is based in the capital, Tripoli, in the west which is supported by UN and global leaders, while the Libyan National Army (LNA) is in the east. Even though, there was a recent calm in the country in recent years, tensions have been simmering. This was further aggravated after the UN backed elections scheduled for December failed to go through, and incumbent Prime Minister, Abdul Hamid Dbeibah denied to step down.

Ms. DiCarlo said she is deeply concerned that the “ongoing stalemate and continued delays in implementing the electoral process pose a growing threat to security in and around Tripoli, and potentially to all Libyans”.

“That threat materialized just a few days ago, when Tripoli was again the theatre of violent clashes between armed groups supporting Mr. Dbeibah and Mr. Bashaga respectively,” she told ambassadors at the Security Council. “Despite our continued efforts, no progress has been made on forging a consensus on a constitutional framework for the elections,” she said. “It is critical that an agreement is reached on a constitutional framework and timeline for elections that will enable the Libyan people to choose their leaders.”

Mentioning Libya’s economic developments, DiCarlo reported that in July the oil production had resumed after a nearly three-month shutdown. Production has now reached pre shutdown levels of 1.2 million barrels a day by the end of that month. “Libya’s natural resources belong to all Libyans, and revenues from oil exports should be distributed equitably and fairly,” she said.