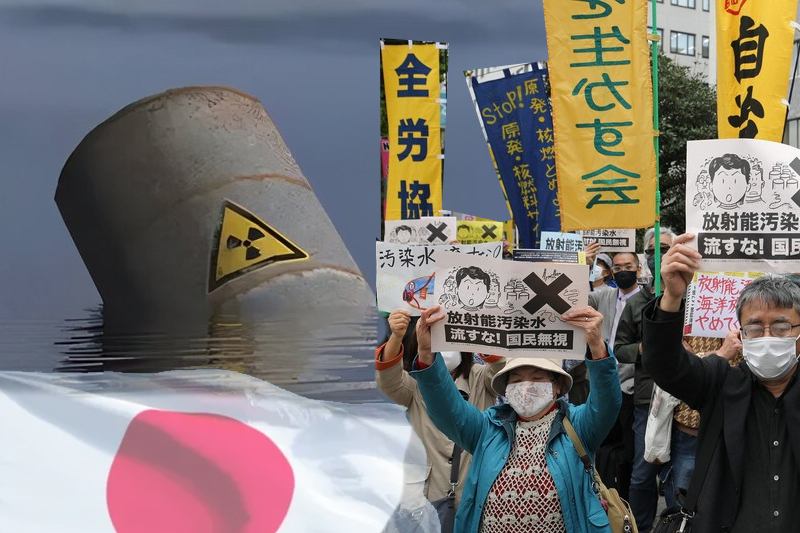 The Japanese government’s controversial plan to release more than a million tonnes of water from the destroyed Fukushima nuclear power plant into the Pacific Ocean this year is facing an angry backlash from the public, especially those in the fishing industry.

According to the plan’s operator, Tepco, after treatment, the levels of most radioactive particles meet the national standard except tritium – which is very difficult to remove from water and is only harmful in large doses. The International Atomic Energy Agency (IAEA) says the proposal is safe. But neighbouring countries, including South Korea and China, have expressed concern.

The 2011 Fukushima disaster was the most serious nuclear accident since Chernobyl a quarter of a century earlier. A magnitude-9.0 earthquake on 11 March 2011 triggered a giant Tsunami that killed over 18,000 people along Japan’s northeast coast. Tsunami waves crashed into Fukushima Daiichi, flooding three reactors and sparking a major disaster.

Radiation leaks forced authorities to set up an exclusion zone which has grown larger and larger over the years and is still in place. 150,000 people had to be evacuated from the area.

The radioactive wastewater is expected to be discharged sometime during this spring or summer, chief cabinet secretary Hirokazu Matsuno mentioned on Friday, adding the government will wait for the IAEA’s “comprehensive report” before the release.

Every day, the wrecked nuclear plant produces 100 cubic meters of contaminated water, which is a blend of groundwater, seawater, and water used to keep the reactors cool. It is then filtered and stored in tanks. Currently, more than 1,000 tanks are used to store the wastewater. These tanks, officials say, need to be removed so the nuclear plant can be decommissioned – a process that could take four decades.