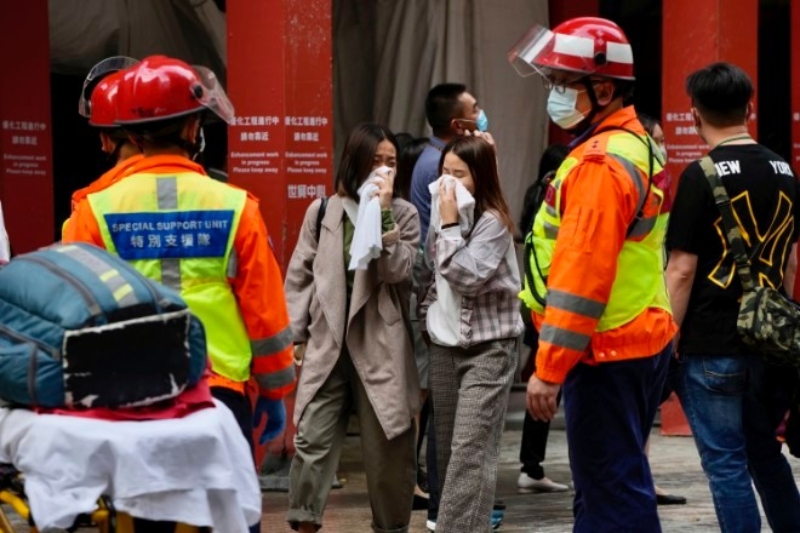 A massive fire broke out in a commercial building housing in Osaka in western Japan. The fire department officials said on Friday, December 17. People were present on the fourth floor of the building when the fire broke out.

A local media TV footage showed dozens of firefighters working to control the situation. It also showed blackened windows after firefighters put out the blaze on the fourth floor of the building. Reportedly, it was a mental health clinic. The location of the building is situated near a shopping and entertainment area of Kitashinchi. Public broadcaster of Japan, NHK stated that police are looking into the matter to understand how this incident took place.

Fire department officials on the incident

Reportedly, Fire department officials said that the fire was detected at 01:18 GMT on the fourth floor of the building. According to BBC, the fire burned across an area of approximately 20 sqm (215 sq ft). The situation was severe initially. However, the fire department successfully controlled the situation 30 minutes later.

People were trapped in the building

She further said that the woman who was trapped inside the building seemed very weak. A local media of Japan said that the people who were trapped in the building had suffered “cardiopulmonary arrest.” This term is often used in preliminary reports before death is officially confirmed, reported BBC.

Last year, Japan witnessed the deadliest violent crime in decades after a man set fire to a film studio in Kyoto that killed 36 people.