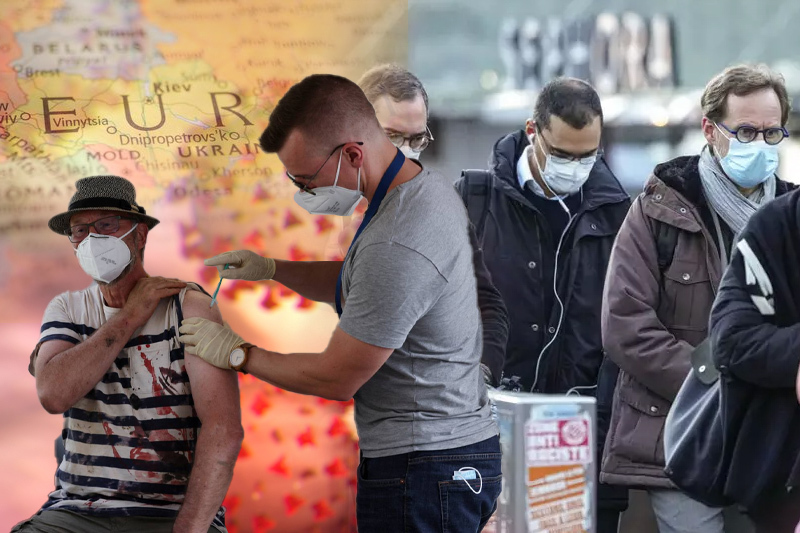 is a new covid 19 wave looming in europe

Is a new Covid-19 wave looming in Europe?

A new Covid-19 wave might be looming in Europe as the winters approach. The public health experts have issued a warning that vaccine fatigue, slow enthusiasm over the booster campaign and confusion over types of vaccinations against coronavirus available might limit the uptake of booster vaccine.

“Omicron subvariants BA.4/5 that dominated this summer are still behind the majority of infections, but newer Omicron subvariants are gaining ground. Hundreds of new forms of Omicron are being tracked by scientists,” World Health Organization (WHO) officials said this week. WHO data that was released on Wednesday has highlighted that the cases in the European Union have reached 1.5 million last week, which is a rise of 8 per cent from the previous week, even though there has been a dramatic reduction in testing. Globally, case numbers of Covid-19 continue to drop. But the number of hospitalizations due to Covid-19 across various nations in the 27 nation bloc, as well as the United Kingdom have gone up in past few weeks.

“In the week ending October 4, Covid-19 hospital admissions with symptoms jumped nearly 32 per cent in Italy, while intensive care admissions rose about 21 per cent, compared to the week before,” according to data compiled by independent scientific foundation Gimbe. On the other hand, the Covid-19 related hospitalizations during the same week in UK saw a rise of 45 per cent as compared to week earlier.

“European and British officials have endorsed the latest boosters only for a select groups of people, including the elderly and those with compromised immune systems. Complicating matters further is the “choice” of vaccine as a booster, which will likely add to confusion,” public health experts said. Furthermore, the willingness and enthusiasm to get another booster vaccine, which could be fourth or even fifth for some people, is rapidly growing thin. “For those who may be less concerned about their risk, the messaging that it is all over coupled with the lack of any major publicity campaign is likely to reduce uptake,” said Martin McKee, professor of European public health at the London School of Hygiene and Tropical Medicine. “So on balance I fear that uptake will be quite a bit lower.”