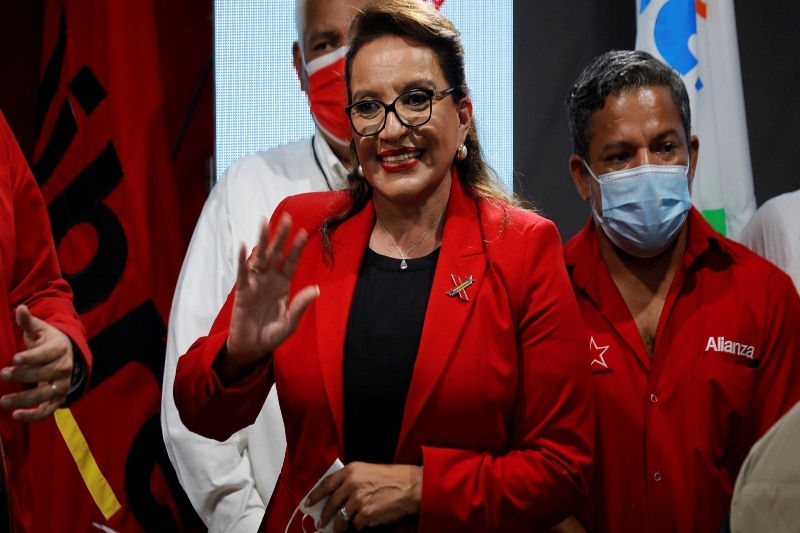 Under its newly elected leader Xiomara Castro, Honduras is set to follow Nicaragua’s steps of cutting ties with Taiwan, as Beijing spikes efforts to sever Taipei’s diplomatic relations with countries in the Caribbean and Central America.

Before her election victory, the incoming Honduran President pledged to “initiate diplomatic and commercial ties with mainland China.”

It is pertinent to mention that Honduras has had diplomatic ties with the self-ruled democratic island for nearly eight decades.

Although the island has its own liberal democratic political system, constitution, and military, China considers Taiwan as its province. In recent months, Beijing has increased military and political pressure on the island.

Xiomara Castro, the first female President of Honduras, is set to take office on January 27. She will have to cater to numerous daunting challenges: widespread corruption, battered democratic institutions, and crises caused by devastating hurricanes and COVID-19.

Experts believe that she is being handed a destroyed country, and digging it out of this hole won’t be an easy job.

However, most Hondurans believe that she will be up to the task.

With nearly 86 per cent of votes counted, Castro’s left-wing Libre Party had clenched to more than half of the ballot, with a 14-point lead over its opposing candidate. The lead gives her a solid mandate to lock all the drastic changes that Hondurans want to see.

Under the current regime of President Juan Orlando Hernandez, numerous Hondurans fled to the United States due to violence, crushing poverty, and climate disasters. It can be said that Orlando’s presidency has been adding to the sense of hopelessness and despair, specifically among the country’s youth.

It has been 12 years since Castro’s husband, Manuel Zelaya, was ousted from office due to a 2009 coup. Successive governments have gutted social reform programmes, increased militarisation, and pushed a systematic attack on the environment and human rights.