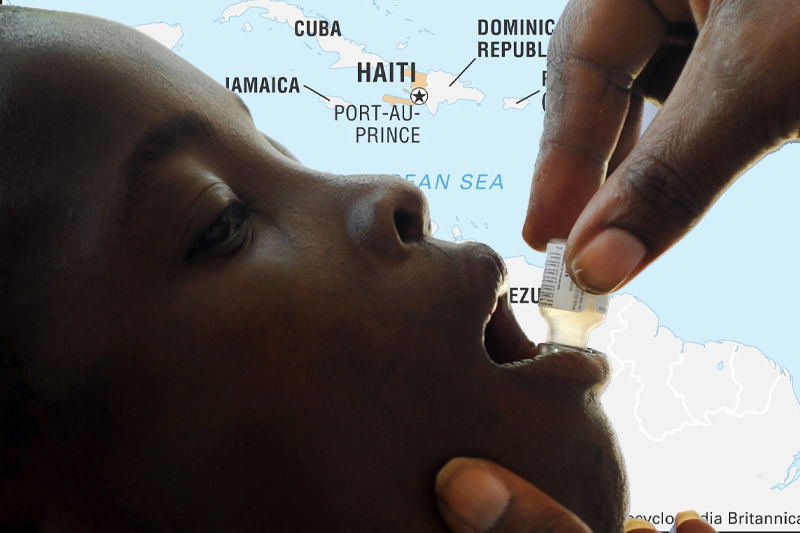 “The arrival of oral vaccines in Haiti is a step in the right direction,” said the director general of Haiti’s health ministry, Lauré Adrien. The first shipment of total 1.1 million vaccine doses was delivered last week in Haiti. The vaccines are to be distributed in the Haitian capital, Port-au-Prince, and also surrounding areas to stem any further spread of the disease. Increased political instability, lawlessness and gang violence has further spread the disease.

The vaccination campaign is expected to begin in coming days and are to target vulnerable age groups including children over age of 1 year and also adults. According to the latest data by Haiti health ministry, the Ouest region has recorded the highest number of cholera cases last week.

The vaccine supplies have been sent from the International Coordinating Group on Vaccine Provision, a partner of the World Health Organization (WHO) that is responsible for managing global vaccine stockpiles. The shipment had been held up by the brutal violence in Haiti, preventing the on time delivery of medical supplies to the Caribbean country.

Cholera is currently witnessing a global surge due to varied humanitarian crises across the world and climate changes caused by global heating. “The map is under threat (from cholera) everywhere,” said Dr. Philippe Barboza, of the World Health Organization, as he added there were “cases of infection in around 30 countries, whereas in the previous five years, fewer than 20 countries reported infections”.

The factors that have contributed to the surge in cholera cases in Haiti are political crisis; gang violence that makes mobility of fuel, medical supplies and health workers to attend to people and reach deep pockets of diseases; lack of clean water. This has been further complicated by recent earthquake in Haiti. “When cholera hit after the earthquake we had a lot of international help and support from humanitarian agencies. Now there are very few of us,” said Fiammetta Cappellini, the Haiti country representative for the Avsi Foundation, an Italian NGO. “Working, and just living here, is a nightmare.”