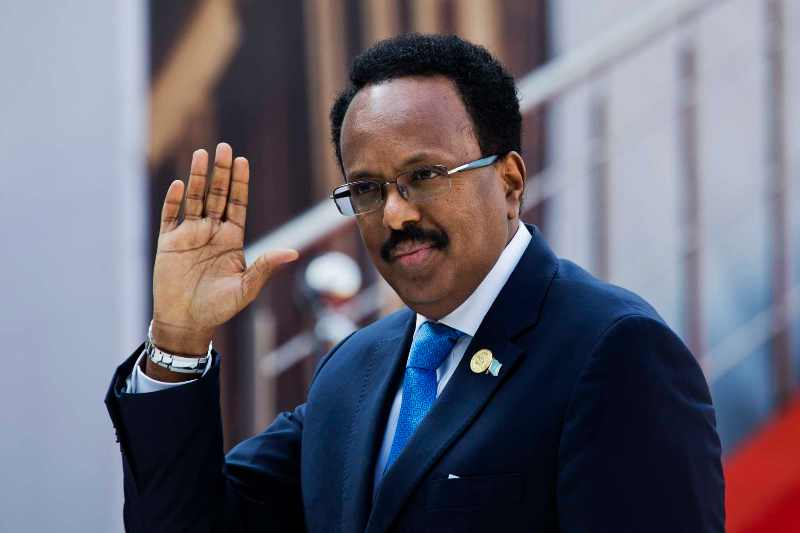 On Tuesday, Haber Gaalu, a sheik representing the tribe of Emiratis in Somalia issued an official statement apologizing to the partner Arab nations, especially the United Arab Emirates on behalf of the Somali Information, Culture, and Tourism Minister, Osman Dubbe. Dubbe in his recent remarks supported the extension of the rule of the outgoing President Mohamed Abdullahi Farmajo, whose tenure ended on February 7. Gaalu said that Dubbe despite being a member of the tribe and being governed by tribal laws and customs, seems to have betrayed the tribe by siding with the autocratic president.

Gaalu said that being the head of the tribe he would like to apologize to everyone who was been offended by Dubbe’s recent claims, including countries, institutions, or individuals, as the Somalian minister said that he represented Farmajo’s government and stood by the Somali president’s brutal politics. Gaalu said that Dubbe’s remarks might have insulted the neighboring countries such as Djibouti, Kenya, and even the UAE, who had been supporting the African nation for years. He emphasized, “They have historical ties, and I especially mention the UAE, which has never stopped supporting the Somalis.”

The tribe head added the Somali minister didn’t know the extent of the harm he was inflicting on his fellow countrymen with his speech, which he clearly made to appease the Somali president. Gaalu said that Dubbe was unknowingly hurting not only the sentiments of his own nation and also its people residing in the neighbouring friendly nations and putting at stake the historical ties between them, just to secure his position in the current regime.

In his recent statement, Gaalu stressed that the recent statements made by Dubbe and his companions, who no longer held any legal authority to lead the country, did not represent the voice of the African nation.

He added, “Finally, I advise this disobedient son to return to his senses, to withdraw from these stances, and to ask for forgiveness from Somaliland and return to it, to distance himself from imminent dangers emerging because of these situations.”

Earlier this month, the Somalian parliament ruled out the possibility of extending the tenure of incumbent President Farmajo. As per the Somalian constitution, a President’s terms lasts for four years, hence Farmajo has been asked to step down which the power-hungry leader denied. The Parliament Speaker Mohamed Mursal Sheikh emphasized that the National Assembly in no way permitted Farmajo’s term expansion beyond its expiry date.

The country which is currently mired in political crisis was also heading towards a constitutional crisis as Farmajo has been trying to manipulate the county leaders into accepting his electoral agreement. The agreement introduced on September 17, 2020, would turn his 4 years of the semi-authoritarian rule into an untrammeled despotism. Contrary to Farmajo’s arm twisting of the constitution, Somalia had a history of peaceful transition of leadership after every four years since 2000, and it earned the distinction of being the first African nation to have a democratically elected president to peacefully step down.

To gain absolute control over the nation, Farmajo orders the security forces to snub the ongoing peaceful demonstrations by his opponents. Last week the country witnessed an unprecedented bloodbath as the forces fired shots at its own citizens, labeling them as militia. Dubbe issued a statement in support of the government and said that “armed militia” attacked a military post but were repulsed.

Former Somali President Sharif Sheikh Ahmed contested Dubbe’s claims stating that the government forces raided the hotel near the palace where he and another former president, Hassan Sheikh Mohamud, were staying ahead of the protest. “The attack was ordered by the outgoing president,” Ahmed said. Mohamud accused the Farmajo of orchestrating a “coup” in order to stay in power.