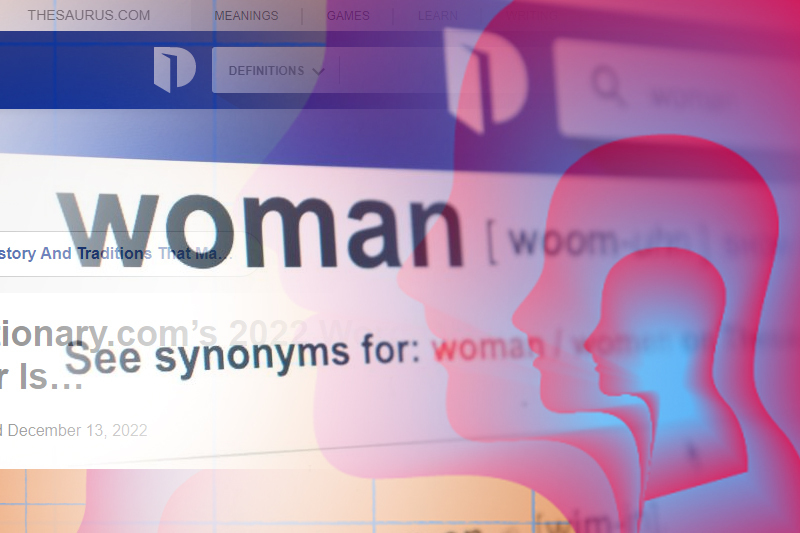 dictionary com releases woman as word of the year

Dictionary.com releases “woman” as word of the year

“Woman” is the word of the year, announced Dictionary.com. The website said in a statement, “Our selection of woman … reflects how the intersection of gender, identity and language dominates the current cultural conversation and shapes much of our work as a dictionary.”

It further added, “Searches for the word woman on Dictionary.com spiked significantly multiple times in relation to separate high-profile events, including the moment when a question about the very definition of the word was posed on the national stage.” The reference was made to a supreme court confirmation hearing of the nominee Ketanji Brown Jackson, when she was asked to define the word woman by Marsha Blackburn, a Republican senator from Tennessee. To this Jackson had said, “No I can’t.”

Dictionary.com had said that since this event the searches for word women have spiked by 1,400 per cent. According to the portal, the other key events that led to the word becoming word of the year included the supreme court voting to overturn Roe v Wade, thereby revoking women’s constitutional right to abortion; the death of Queen Elizabeth II; tennis player Serena William’s retirement announcement; and freedom protests led by women in Iran.

Referring to the Roe v Wade overturning decision by supreme court, Dictionary.com said: “Unsurprisingly, it resulted in both polarization and galvanization. That dynamic played out in November’s midterm elections, which upended trends and expectations.”