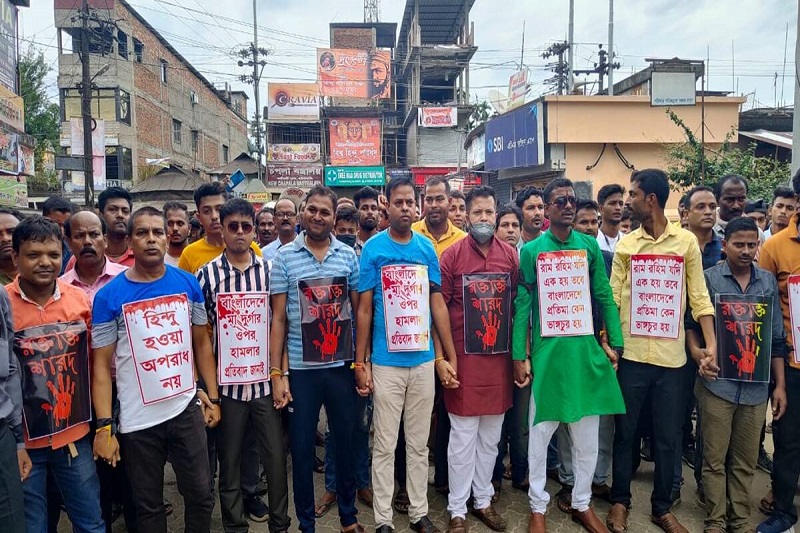 Communal Violence In Bangladesh Could Have Been Triggered Through Staged Lies: HM Asaduzzaman Khan

Bangladesh – The communal violence in Bangladesh has become a heart-wrenching debacle. Bangladeshi Indians are being massacred and burnt by religious violence. The first incident happened on the eve of Durga Puja where several minority Hindus were caught in a religious crossfire, where paramilitary had to be deployed to contain the violence.

Hindus are a minority in Bangladesh making up for a mere 10 percent of the whole population. Between 2013 and 2021, some 421 attacks have happened on Hindus residing in Bangladesh. During the period, 1,678 cases of vandalism and arson attacks on Hindu places of worship, temples, and idols were reported, the report said.

India has been keeping its hands out of the mess. But even then, The International Society for Krishna Consciousness (ISKCON) wrote a letter to Prime Minister Narendra Modi on October 16, informing him of the rising attacks on Hindus in the neighboring country. Calling for his intervention with Bangladesh counterpart Sheikh Hasina, ISKCON said its temples in Noakhali were systematically attacked in the ongoing communal violence and one devotee was killed.

Meanwhile, there is an alert in the states against fake news and misuse of social media. According to Home Minister Asaduzzaman Khan, “The incident in Comilla that triggered the violence was orchestrated by some people to disturb inter-community ties and defame our government.”

Attacks started last week in the district of Rangpur and seemed to have followed the scripted pattern in Comilla, Noakhali, Chittagong, and other areas. The perpetrator seems to be a reported incident of desecration of the Quran during the Durga puja celebrations in Comilla town. It then went viral on social media quickly triggering mob attacks against puja pandals.

The authenticity of the incident has not been ascertained.