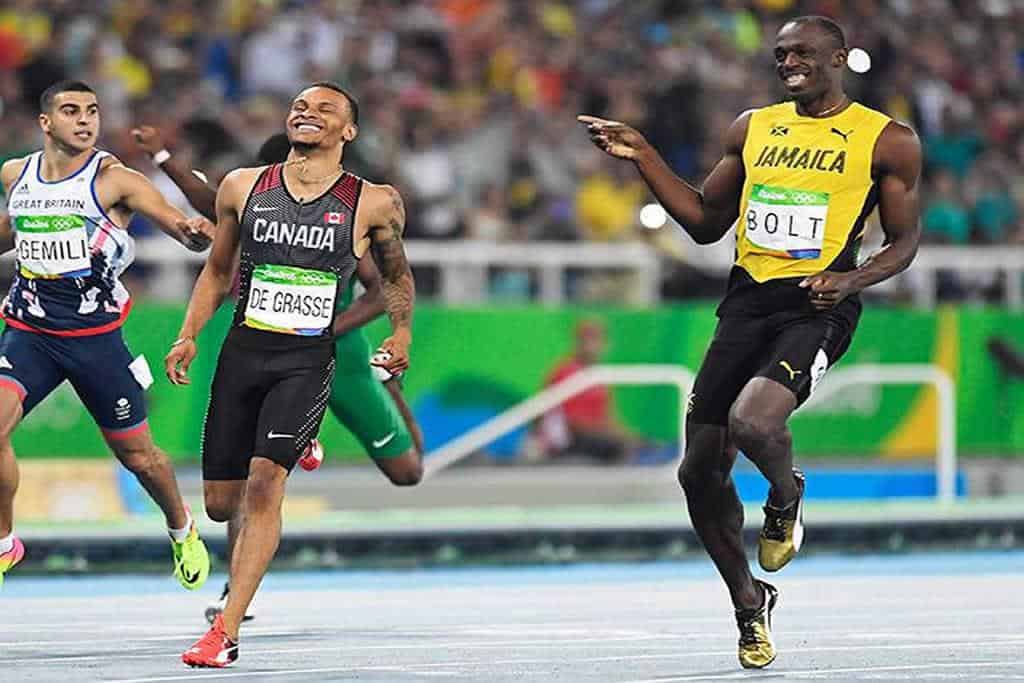 The greatest sprinters of all times, Usain Bolt’s post of 2008, Olympics 100m final went viral over the social media, with 90,000 retweets and half a million likes.

In the photo, In 2008, at the Bird’s Nest stadium, Usain is seen crossing the finish line making a historic Olympic world record of 9.69sec. He was lane four ahead of his disappointed competitors trailing two paces behind. The AFP photographer Nicolas Asfouri took this photograph in the 2008 Olympics.

The 33-year-old, 11 times world champion, has been sharing photographs and videos of him exercising at home on social media and encouraging Jamaicans to self-quarantine during the Covid-19 pandemic.

The Jamaican sprinter won 8 gold medals. He became the first man after the American sprinter Carl Lewis to make a world record of 9.58 seconds in 100-metre, 19.19 seconds in 200-metre, and 9.58sec in 100m races. The historical record of three straight wins at the Olympic Games is still unmatched.

His golden shoes and “lightning bolt” pose became popular among fans all around the world. He took retirement from athletics after the 2017 world championships.