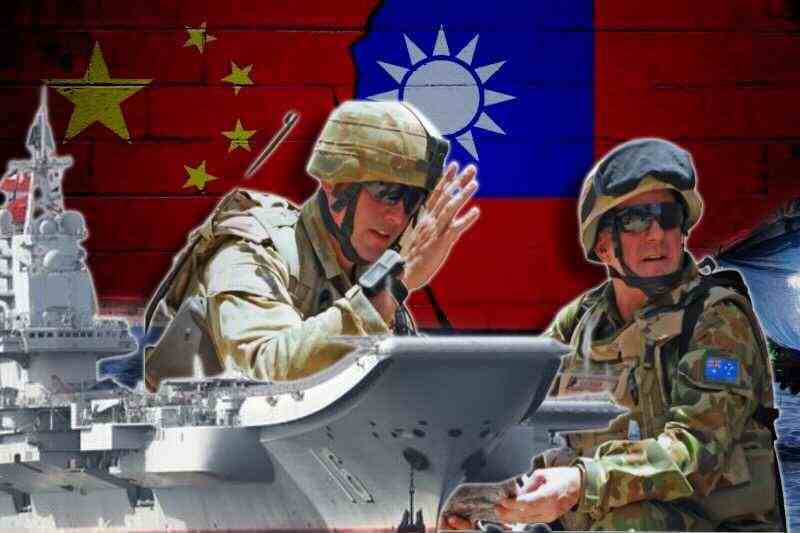 Australia is standing by strong with its close ally Taiwan after Beijing warned Taiwan of “war” over its independence declaration. Amid reports of increased Chinese military jets in Taiwan’s defense zone, Australia is watching the situation like a hawk. It has decided to continue patrolling its aircraft and ships in the South China Sea.

Australian Department of Defence spokesperson said, “Australian vessels and aircraft will continue to exercise rights under international law to freedom of navigation and overflight, including in the South China Sea, and we support others doing the same. On Taiwan, we are aware of the situation and continue to monitor developments.”

Last weekend the US military informed of a US aircraft carrier group entering South China Sea zone to promote “freedom of the seas”. Australia’s naval and air exercises are often in collaboration with the US and other partners, its specific defense operations are usually secretive.

The South China Sea is a critical zone of interest for Australia as a large volume of its trade flows through its waters, and hence its stability is important for the country.

After Beijing threatened Taiwan of the declaration of its independence would “mean war”, Taiwan’s Ministry of Defence reported increased patrolling of six Chinese aircraft, out of which four were J-10 fighter jets. These jets flew close to Pratas Islands, which are Taiwan controlled, on Thursday.

Chinese defense ministry spokesperson Wu Qian said that as Taiwan is “an alienable part of China”, the military activities in Taiwan Strait are “a solemn response to the interference of external forces and the provocations by ‘Taiwan independence’ forces”.

Wu also warned the independent forces “that those who play with fire will set themselves on fire, and seeking ‘Taiwan independence’ means nothing but war”.

It is to be noted that Australia’s stand is to resolve issues between Taiwan and other nations in the region through peace and dialogue, without the use of threat or coercion. Morrison government has been seeking resumption of leader-level and ministerial talks with China after Canberra’s call for an inquiry into Covid-19 triggered ceased talks. In response, Beijing had slapped multiple tariffs, suspensions, and bans on many Australian exports.