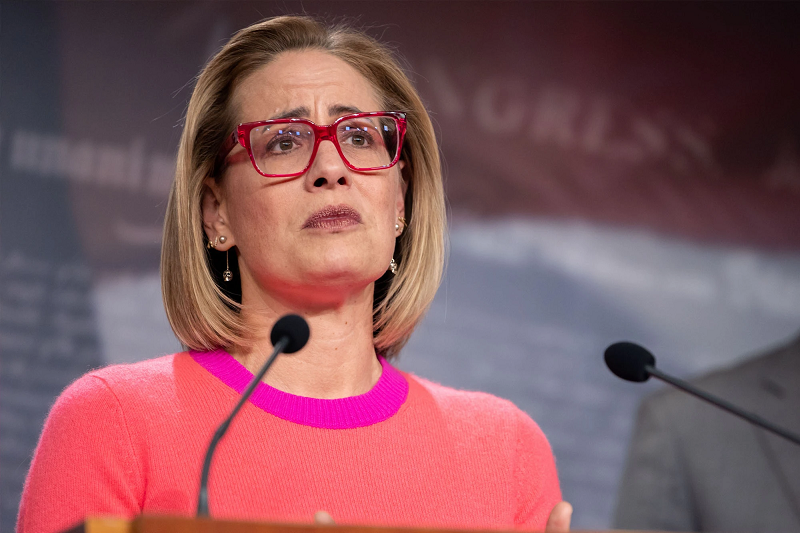 Arizona Senator Kyrsten Sinema’s announcement of her decision to leave the Democratic Party and register as an independent will be a driving force for change in dynamics of the 2024 Senate race in Arizona. The challenges for the Democratic party will be immense now to keep control on the seat for coming two years.

“I’ve registered as an Arizona independent. I know some people might be a little bit surprised by this, but actually, I think it makes a lot of sense,” Sinema said in a Thursday interview with CNN’s Jake Tapper in her Senate office. “I’ve never fit neatly into any party box. I’ve never really tried. I don’t want to,” she added. “Removing myself from the partisan structure – not only is it true to who I am and how I operate, I also think it’ll provide a place of belonging for many folks across the state and the country, who also are tired of the partisanship.”

Sinema’s office has said that she will “continue to not attend meetings of the Democratic caucus” but has full intentions to keep her committee seats that were assigned to her by Democrats, thereby preserving the Senate majority of 51-49.

“I am not surprised. But I’m still shockingly disappointed at how awful she continues to be,” said Michael Slugocki, an outgoing vice chair of the Arizona Democratic Party. He said Sinema has had “no relationship and no contact with the state party for months and did not inform them prior to her decision”.

“It does shake up this race” in 2024, he said. “She’s deliberately trying to make it difficult for Democrats in Arizona.” However, he added, “It does make things more difficult for Joe Biden, but I don’t think she cares at all.”

Addressing the situation, White House press secretary Karine Jean-Pierre said, “We do not discuss private conversations that we have with members of Congress. [But] he sees, and we see, Senator Sinema as a key partner on some of the most historic pieces of legislation that you will all have covered in this administration. We understand her decision to register as an independent in Arizona. The way we see it and understand it, it does not change the new Democratic majority control of the Senate.”