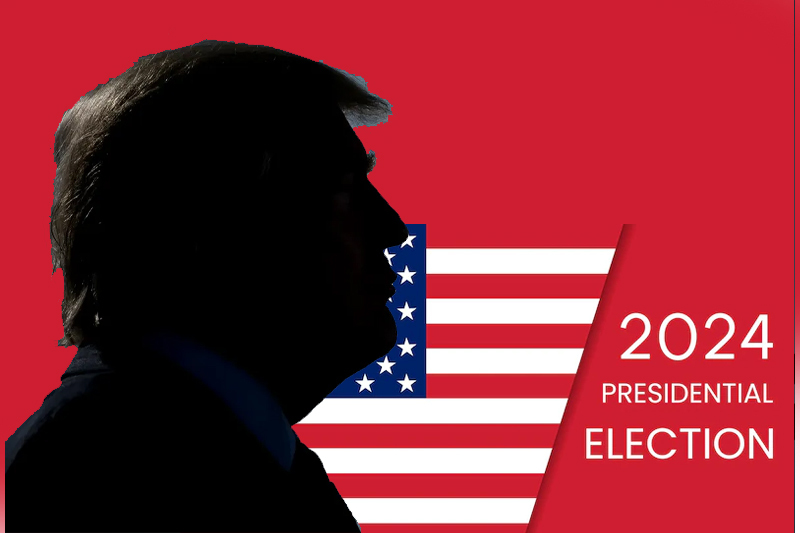 what donald trumps criminal referrals mean for his 2024 presidential bid

What Donald Trump’s criminal referrals mean for his 2024 presidential bid?

Democrats in the US have referred to Donald Trump and extreme right-wing Republicans as “insurrectionists” for almost two years. Insurrection charges against the former US president have now been formally proposed by the congressional committee looking into the attack on the Capitol on January 6, 2021. The committee, which is chaired by Democrats, made the criminal referrals public on Monday as it presented its case against Trump. It accused him of inciting the disturbance by making up stories about election fraud and “summoning” his fans to Washington, DC, where they rushed the legislature.

Trump, who is seeking the presidency in 2024, will face four criminal accusations, according to a unanimous vote of the panel. Although the referrals are not legally enforceable and the Department of Justice will decide whether to charge the former president, they represent the culmination of the committee’s months-long inquiry into what happened on January 6. No former US president has ever faced a criminal investigation.

That day, after Trump and his friends, had made the irrational assertion that the 2020 election had been “stolen,” a mob of Trump supporters broke into and ransacked the Capitol in an effort to prevent the certification of President Joe Biden’s victory. Many of the hundreds of alleged rioters who are being prosecuted for invading the Capitol have already entered guilty pleas. The panel’s recommendations were presented on Monday by Democratic Congressman Jamie Raskin, who emphasised the importance of bringing charges against the attack’s “masterminds” as well as participants.

“Ours is not a legal system where the masterminds and ringleaders walk off scot-free and the foot troops go to jail,” he declared. A former federal prosecutor and civil rights attorney Subodh Chandra said the Department of Justice will decide whether to file charges on its own. According to Chandra, “The [committee’s] report carries weight insofar as it sums up the nature of the material collected and underscores its relevance.” But the Department of Justice will use its own independent judgement, so the committee’s views won’t necessarily have an impact on it.

He continued by saying he does not anticipate special treatment for Trump from the prosecution simply because he is a candidate. According to Chandra, “The Department of Justice has every responsibility to treat private citizen Trump just like it would any of the rest of us.” “He deserves no more than the same rights as the rest of us; no special treatment.” rump has consistently insisted erroneously that widespread election fraud caused his 2020 defeat while denying all wrongdoing.

“These individuals don’t understand that when they pursue me, supporters of freedom rally around me. It makes me stronger. In a statement in reaction to the panel’s findings, the former president remarked, “What doesn’t kill me makes me stronger.” While some of Trump’s most ardent backers have defended him, other members of the Republican Party have remained silent.

When it comes to January 6, the Department of Justice frequently charges “obstruction of an official action.” With this particular accusation, hundreds of alleged attackers have been indicted. According to Raskin, it is unlawful for anybody to “corruptly, obstruct, influence, or hinder” any official United States government proceeding. The purpose of the disturbance on January 6 was to obstruct a joint session of Congress from confirming Biden’s victory in the 2020 election.

The committee sought to connect Trump to the rioting on January 6 during its earlier open hearings, pointing to his call for a rally in Washington weeks prior to the unrest. On January 6, there was a significant demonstration in D.C. The former president tweeted on December 19, 2020, “Be there, will be wild! Several witnesses also verified that on January 6, Trump wanted to join the protesters at the Capitol but was prevented from doing so by Secret Service personnel out of concern for his safety. A broad law that prohibits both defrauding the US of material benefits and obstructing its operations with dishonest means is the basis for the crime of conspiracy to defraud the US.

According to the Justice Department‘s Criminal Resource Manual, “the general goal of this component of the statute is to protect governmental functions from frustration and distortion through fraudulent practises.” Raskin stated on Monday that the committee had recommended charging Trump, John Eastman, a lawyer involved in the plan to rig the 2020 election, and other individuals.