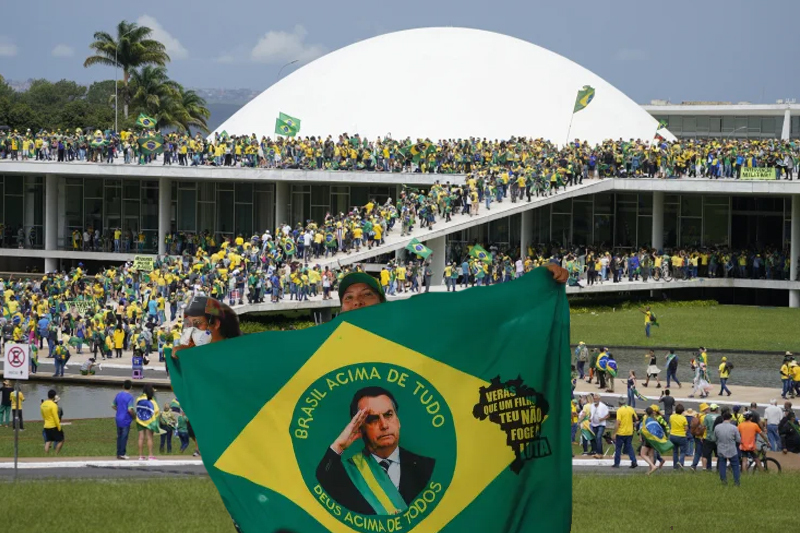 Brazil Congress Storming: Is it an attack on democracy?

Brazil Congress Storming: Is it an attack on democracy?

At least 3,000 supporters of Brazil’s former President Jair Bolsonaro broke through police barricades and stormed into the country’s Congress, the Supreme Court, and the presidential palace on Sunday. The shocking incident recalled the January 6, 2021, invasion of the US Capitol building by supporters of a Bolsonaro ally, Donald Trump.

Brazil’s new President Luiz Inácio Lula da Silva has condemned the incident as a “fascist” attack and also accused Bolsonaro of encouraging the protesters’ actions via social media. The former president has also condemned the attack but has rejected the accusations against him by his successor.

President Joe Biden called the situation in Brazil “outrageous”, with some US lawmakers calling for Bolsonaro to be extradited from the US. Lula, who was sworn in as the President of Brazil on January 1, defeated Bolsonaro by the narrowest margin in decades. Bolsonaro flew out of Brazil on the eve of Lula’s inauguration and is currently in Florida.

How did we get here?