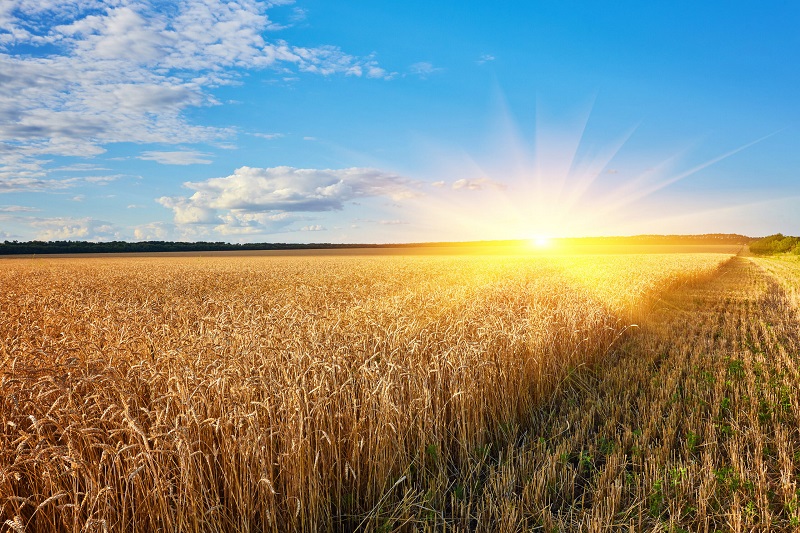 UAE produces more than eighty tons of wheat throughout the country

Emirates Wheat, one of the top agricultural initiatives, was established in 2017 and consists of 170 farms. It represents the most significant national initiatives in the area of improving food security as it harvests more than 80 tons of wheat at the state level.

This project, which is being led by farmer Hamid Obaid Al Zaabi and includes a number of citizens, is the start of a national initiative to increase the production of wheat across the nation’s regions, particularly in untapped farms, after an initial trial showed that it was possible to grow this important crop from November to March each year with irrigation performed three to four times a week, depending on the weather.

According to Al Zaabi, who spoke in an interview with the Emirates News Agency (WAM), the future of wheat farming in the nation calls for optimism. Through this initiative, we hope to unite as many farmers as possible in support of the nation’s efforts to achieve food security as well as its societal role in raising awareness of the value of growing a variety of crops.

“We have the required resources to cultivate these grains, which are a major contributing factor to the current food crisis,” he continued, adding that the culture of wheat agriculture needs to change. He emphasized that the UAE has relatively large areas that are suitable for farming, in addition to the availability of modern irrigation networks and organic fertilizers that are free of pesticides and chemicals, and as a result, local Emirati production, despite its modest output, is superior to that of imported goods.

He asserted that these myths must be changed immediately. For instance, it is commonly believed that growing wheat uses a lot of water and hence depletes the groundwater supply. There are networks of farms in the country now that use cutting-edge, contemporary techniques like drip irrigation and sprinklers, so we don’t need to use them during the wet season.

In addition, Hamid Al Zaabi noted that within a year, the initiative’s participation expanded from 145 to 170 farms, and production increased from 50 tons to roughly 80 tons, showing that we are moving in the correct direction. “As Emirati farmers, we launched our voluntary project with individual efforts with a group on the WhatsApp application, and with a group of no more than 16 farmers,” he stated.

In response to a question about the purpose of the awareness campaign, he said, “We target the student group to instill a love of agriculture in them from a young age, and we did that in practice by having a number of students plant wheat in one of Abu Dhabi’s schools. The students closely monitored the experiment, harvested the crop, and ground and baked the grains. The experience was fantastic, and the objective was achieved. The most important one is teaching future generations that our food must be produced on our farms.”

Notably, statistics from the Ministry of Economy show that the UAE imported wheat grains worth 1.3 billion dirhams last year.