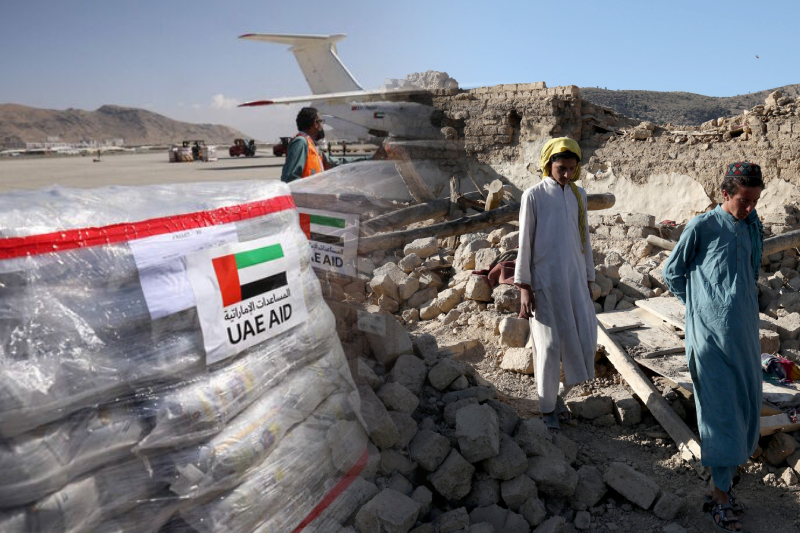 After the already embattled country Afghanistan was hit by the deadliest earthquake in last two decades, United Arab Emirate’s President has extended the humanitarian aid to the country to help it tackle the crisis, thereby continuing the tradition and values of emirate’s leadership to lead in extending aid and support to nations in need.

Aid sent by FBMI under directives of MBZ

Under the directives of UAE President His Highness Sheikh Mohammed bin Zayed Al Nahyan, Fatima Bint Mohamed Bin Zayed Initiative (FBMI) has sent aid and vital medical support to Afghanistan’s thousands of people who have been impacted by the crisis.

The earthquake in mountainous region of Afghanistan, clubbed with heavy rain leading to mud slides, led to death of more than 1000 people along with difficult search and rescue operations. FBMI has sent in its mobile healthcare teams that have been deployed on ground to extend support in villages that have been most hit by the earthquake in south eastern part of Afghanistan.

According to WAM news agency, the medical team has been sent in with medical aid and supplies to set up a field hospital in south-east Afghanistan.

FBMI’s mobile healthcare teams have reached parts of Paktika province, located near the border with Pakistan, which is worst hit by the natural disaster.

The healthcare teams are providing basic healthcare services to women, children and men amid growing fears of cholera in the area. Due to the earthquake, basic sanitation is lacking with people having lost their homes.

Maywand Jabarkhyl, CEO of FBMI said, “The situation on the ground is incredibly desperate. Many people have no food or drinking water, some hospitals and clinics have been damaged and there’s growing concern of a cholera outbreak emerging in the weeks ahead.”

UAE has also sent in essentials including vital food aid, along with tents for providing shelter to those impacted and medicines.

The recent extension of medical aid to Afghanistan reiterates commitment of UAE’s leadership towards humanitarian support to people in need.