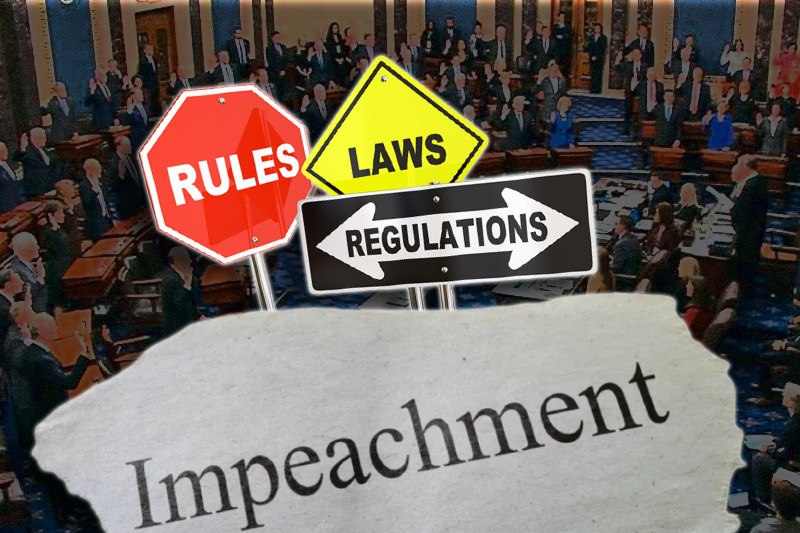 Senate leaders on Monday have reached an agreement over former President Donald Trump’s second impeachment trial that is beginning this week. The zeroed down rules will allow impeachment managers and also Trump’s lawyers up to 16 hours to present the case, create debate option and vote to call witnesses if impeachment managers at House seek it.

Senate leaders have agreed on the second impeachment trial’s rapid timetable that will begin on Tuesday. Former President Donald Trump is charged with “inciting insurrection” during his speech leading to violent US Capitol riots on January 6. Democrats say of the ‘overwhelming’ evidence they have that will prove Trump’s guilt while lawyers defending Trump claim that the mob acted independently. Trump’s lawyers call the trial unconstitutional as he has now left the office and is now a private citizen. The nine impeachment managers, who are all Democrats from the House, argue that Trump must be held accountable for his actions as a president.

US Senate Majority leader Chuck Schumer said, “All parties have agreed to a structure that will ensure a fair and honest Senate impeachment trial of the former president.”

If after debate on Tuesday voting will be done at end of the day. If constitutional vote passes, opening arguments will commence Wednesday afternoon with both parties allowed up to 16 hours each for presenting their sides. Arguments are expected to extend till weekend. It is unclear if impeachment managers will seek extending the timetable by calling or sending subpoena to witnesses. Trump however, has already declined testifying voluntarily.

Trump’s defense team is led by Bruce Castor, a former county prosecutor from Pennsylvania. His team made an extraordinary claim on the Senate floor on Monday saying that presenting Capitol attack would lead to “a brazen attempt to glorify violence”.

Impeachment managers, sent by the House of Representatives, are led by Jamie Raskin of Maryland. Their argument which amounts to an 80-page brief was submitted last week and documents various tweets made by Trump, starting from “Big protest in D.C. on January 6th. Be there, will be wild!” to “Election Rigged and Stolen” to “So let’s walk down Pennsylvania Avenue”.