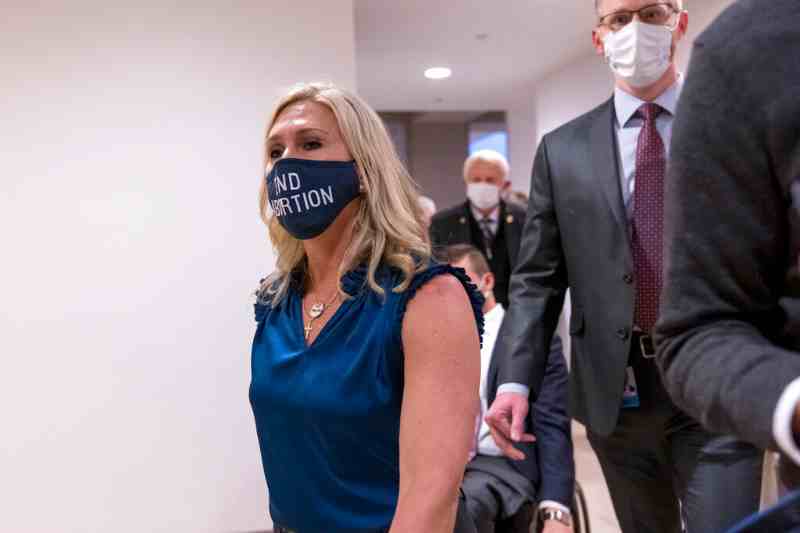 On Wednesday, the House of Republicans voted to keep both its lawmakers, Liz Cheney and Marjorie Taylor Greene, allowing them to be part of the committees. Liz Cheney, the third-highest ranking Republican, survived a secret-ballot by 145-61 votes. Her leadership position was challenged because last month she joined a team of 10 Republicans supporting the impeachment of the former Republican president, Donald Trump. Cheney’s move enraged hard-right conservatives and ardent Trump supporters.

The House Minority leader Kevin McCarthy said that he defended Cheney despite her difference of opinion. He said, “People can have differences of opinion. That’s what you can have a discussion about. Liz has a right to vote her conscience.”

Cheney, daughter of former Vice-President Dick Cheney, said that she did not regret her decision. The Wyoming lawmaker told the House Republican during a closed-door meeting, “I won’t apologize for the [impeachment] vote.”

Besides Cheney, Marjorie Greene was another lawmaker who’s political position was questioned due to her remarks which sparked outrage among public. It included supporting violence against Democratic lawmakers, labelling US school shootings and the 9/11 terror attack as staged events, and suggesting not to include Muslims in government services. Besides last month, Greene also introduced measures to impeach US President Joe Biden, as she accused him of corruption and abuse of power.

Greene faced ample backlash for her Trump-styled politics, from various lawmakers. Florida’s Senator Marco Rubio of Florida slammed her as “either deranged or a sadist”, whereas Senate Republican leader Mitch McConnell of Kentucky said she had embraced “loony lies” which was like a “cancer” to the party.

Republicans decided not to punish Greene for her remarks. McCarthy, in his defending comments for California representative, said that though her comments caused “deep wounds to many”, but these were made before she became part of the House committees. “Past comments from and endorsed by Marjorie Taylor Greene on school shootings, political violence, and anti-Semitic conspiracy theories do not represent the values or beliefs of the House Republican Conference,” he said in a statement on Wednesday. “I condemn those comments unequivocally. I condemned them in the past and continue to condemn them today.”

The decision over Greene and Cheney polarised the GOP, subjecting it to an internal political challenge regarding its direction ahead. Wednesday’s voting concluded with the House GOP’s decision to give a chance to two of their most high-profile women. With regard to the party’s decision, McCarthy said, “You know what that’s going to mean? Two years from now, we’re going to win the majority. That’s because this conference is more united. We’ve got the right leadership team behind it.”

Democrats, unlike Republicans, expressed the likelihood of expelling Greene from the education and budget committee in the Thursday vote.  “Anybody who advocates assassinations of members of Congress or anybody, I don’t believe should enjoy the privilege of serving on a committee,” Democratic Representative Jim McGovern said after the House Rules Committee voted to advance the movement.