Home » From the United States to Russia, how the police turn into a Governments repression tool
By    Staff Writer      February 3, 2021 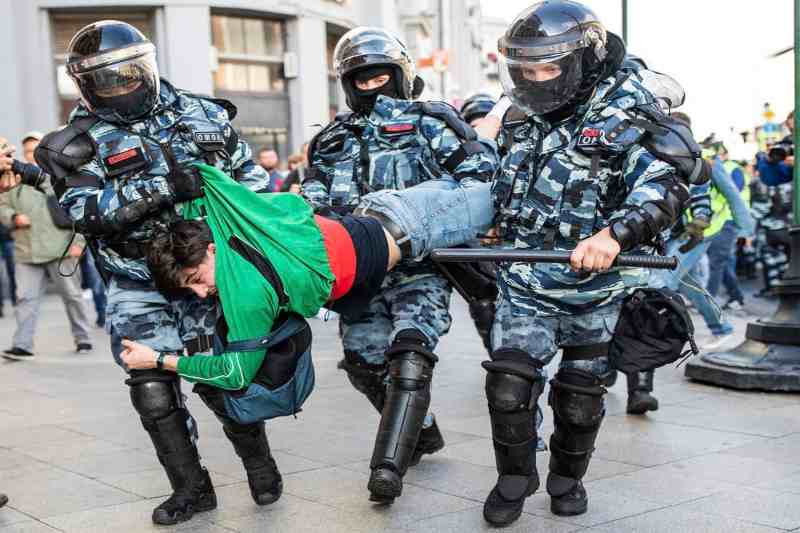 From the United States to Russia, how the police turn into a Governments repression tool

The world is in turmoil. 2021 was ushered in by protests on four continents. At the base of the protest movements, different reasons, but the images broadcast by the news are similar: the demonstrations that lead to violence and the police that become an instrument of repression of the powerful. From Washington DC to the killing of young demonstrators in Tunisia and Lebanon, the world cries out for change. Also, thanks to the coronavirus, democracy is seriously questioned.

Protests erupted in numerous Russian cities for the release of Putin’s number one rival, Alexey Navalny, sentenced yesterday to two years and 5 months in prison. The NGO Ovd-Info reports more than 4 thousand people already stopped by the police during the demonstrations. Almost 1,200 people were detained in Moscow and 862 in St. Petersburg. Armored center of Moscow, some underground stations closed. The participants in the marches advance shouting “Russia will be free!”. In St. Petersburg – the media reported – tear gas and batons against demonstrators, even reporters stopped, despite wearing vests that identify them. Tough US stance: ‘we condemn Moscow’s brutal tactics.’

On January 6, in the United States, Donald Trump supporters stormed the US Capitol. 1,500 Capitol Police officers were unable to contain the more than 8,000 protesters determined to invade Congress. The security perimeter on the western side of Capitol Hill was shattered in 15 minutes. Scenes of violence, also condemned shortly after by the Tycoon, while the social network platforms closed his accounts after the death of a police officer, overwhelmed by the wave of demonstrators.

In North Africa, hundreds of people have been arrested by the Tunisian police during clashes with young people protesting against the government. According to the latest budget, the number of those arrested is over 830. The demonstrations were triggered by the difficult socio-economic situation on the tenth anniversary of the revolt that gave rise to the Arab Spring and which led to the dismissal of President Zine El-Abidine Ben Ali.

Two hundred and twenty injured, including about thirty soldiers and police officers, are the toll of the clashes in Lebanon between the police and anti-government protesters in the city of Tripoli, north of Beirut. Tripoli, for days, has returned to the center of intense popular unrest caused by the deep economic crisis, aggravated by anti-Covid measures. Arrests also in Israel, where ultra-Orthodox have protested anti-coronavirus restrictions.

For many, what is happening has its roots in 2011. The attacks on America, Western military interventions in Libya, Afghanistan, and Iraq, the overthrow of legitimate governments replaced by chaos and extremist groups, have cast doubt on the values of the western system. And today, we are dealing with a reality that does not belong to us. Democratic systems are losing on all sides while new dictatorships emerge.