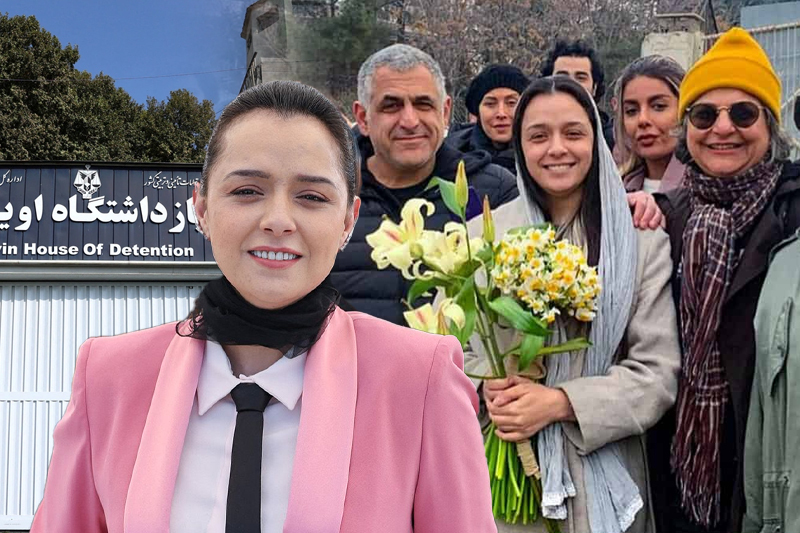 top iranian actress walks out of jail without hijab

Top Iranian actress walks out of jail without hijab

A prominent Iranian actress, Taraneh Alidoosti, who starred in the 2016 Oscar-winning film ‘The Salesman’ was released on bail on Wednesday from a jail in Tehran, local reports said. It comes 18 days after she was arrested for criticising a crackdown on anti-government protests.

On December 17, Alidoosti – also known for her activism in the MeToo movement in Iran’s cinema industry – voiced her support for the nationwide anti-hijab demonstrations. The actress had even, in November, posted a photo on her social media page without a headscarf, with a sign reading “Women, Life, Freedom”.

Alidoosti was welcomed by family and friends outside the notorious Evin Prison with bouquets. Several Hollywood stars, including Kate Winslet, Kristen Stewart, and Mark Ruffalo, had signed an open letter requesting her release. Even filmmaker Asghar Farhadi, who has worked with the actress in several films, had spoken in support of her days back.

The death of 22-year-old Mahsa Amini on September 16 under mysterious circumstances has led to widespread violent protests across the country. The woman was arrested by the morality police for not wearing the hijab – a headscarf compulsory under Iran’s strict dress code – properly. Several witnesses have mentioned that Amini was severely beaten and that she died as a result of police brutality. But Iranian authorities have constantly denied such claims.

Verified information is scarce. Rights groups have accused pro-regime units of killing hundreds of unarmed protesters. Dozens of people have been sentenced to death.

Alidoosti had condemned the hanging of Mohsen Shekari, who was killed last December in the first known execution linked to the mass demonstrations. The man was reportedly convicted of “waging war against God” for allegedly wounding a member of the pro-regime Basij militia at a protest in Tehran. The top actress was not formally charged but was initially arrested for “lack of evidence for her claims”.