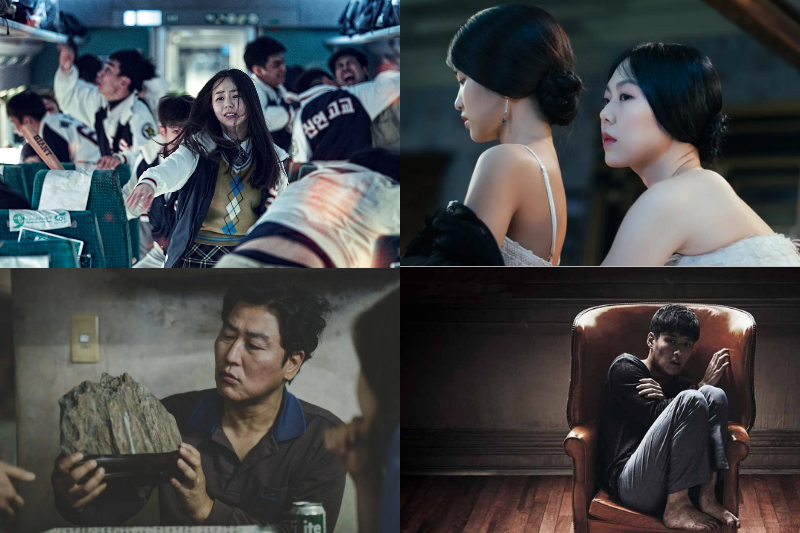 Nothing beats Korean thriller flicks when it comes to suspense. These are full of mystery, suspense, and numerous turns that will keep you watching till the very end.

The Korean cinema industry is on the rise, with Bong Joon Ho’s Parasite winning four Academy Awards in 2019. Korean thriller dramas have also contributed to the appeal of Korean culture.

While Parasite is one of the best thrillers, there are plenty of others that you’ll like watching and sharing with your friends. Let’s take a look at the ten best Korean thriller films.

Who hasn’t heard of this film? For best director, screenplay, picture, and international feature film, Parasite won four Oscars. This is currently a must-see thriller.

The plot centres on an impoverished and jobless family of four. Gi Woo’s friend advises him to quit his job as an instructor for a wealthy family. Gi Woo sees this as an opportunity to work with his family in the same house.

One of the best zombie horror films ever made, guaranteed to shock and make you cry. The picture is full of action, terror, and love. It now has a sequel called ‘Peninsula.’

Seok Woo, a fund manager, takes the KTX train from Seoul to Busan with his daughter. However, due to a virus outbreak, they become trapped on the train with other passengers, and the survival game begins.

Forgotten is a psychological thriller that will keep you guessing until the very last minute. At the conclusion of the film, you will learn what happened.

Jin Seok and his family move into a new home, and his older brother is kidnapped right in front of him. After 19 days, his brother returns with no memory of what transpired. Jin Seok strives to uncover the truth behind his brother’s death.

A thief is hired by a Korean con artist to work as a maid for a wealthy Japanese heiress. The con artist wants to rob the heiress and steal her entire fortune. However, the plot twists when the maid and the heiress fall in love.

It is another popular Korean drama in the second instalment in Park Chan Wook’s Vengeance trilogy, which features heartbreaking revenge. Prepare to be surprised.

After 15 years in a hotel room for no apparent reason, a man is released only to fall in love with a chef. His kidnapper then gives him five days to figure out why he’s been imprisoned. There is a twist in the plot.

It’s another thriller by Bong Joon Ho, this time based on an actual story of serial murders in Korea. In 2019, the murderer was apprehended.

A young woman is discovered dead in Gyunggi in 1986. Two local detectives attempt to solve the crime by being cruel and torturing the suspects, but to no avail. Then a detective from Seoul arrives to assist them, concerned that the women are being murdered by a serial killer.

It is a must-see film about a deranged murderer’s violent revenge after killing a woman. This film is a must-see when it comes to revenge.

A woman is murdered by a deadly psychopath. Soo Hyun, her secret agent fiance, decides to track down the killer himself. He apprehends the madman, beats him up, and then sets him free. The cat and mouse game begins.

The Chaser is a Korean suspense thriller that chronicles a serial killer’s investigation. Until the very end, the film keeps you on the edge of your seat.

After one of his girls goes missing, a pimp finds himself in a frenzied race against time to apprehend a sadistic serial killer. He only has 12 hours to find evidence before the killer is released.

The third film in Park Chan Wook’s Vengeance Trilogy follows a woman who seeks vengeance against a murderer.

Geum Ja is sentenced to 23 years in jail for kidnapping and killing a boy. She joins forces with a gang of friends she met in prison to clear her record and locate the daughter she was forced to abandon.

Pandora is about a nuclear power plant tragedy and how it is prevented. This thriller is full with action, corruption, and love.

An earthquake causes a nuclear power facility in a small town to explode, releasing hydrogen gas. Jae Hyuk enters the nuclear power plant to save the people and stop the spread of gas.

These are the top ten Korean thriller films that is a must watch. Do let us know in the comments which are your favorite film.