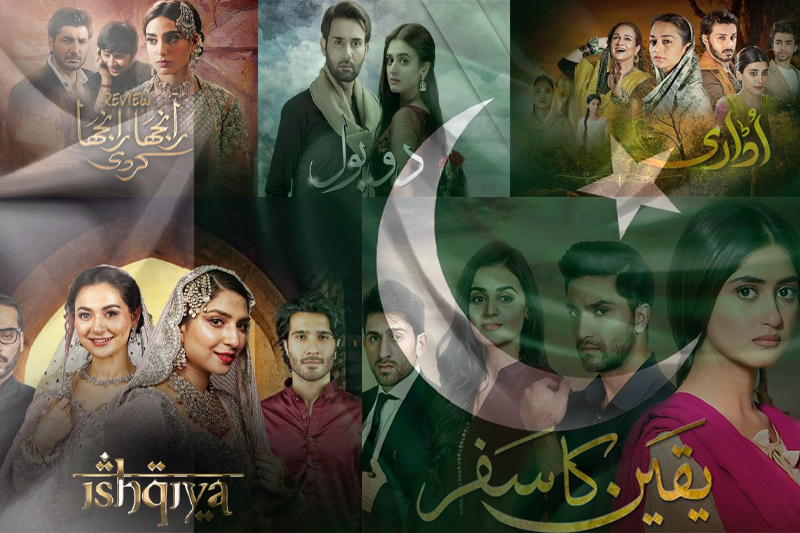 Zindagi Gulzar hai is one of the best Pakistani dramas. In this drama, the female lead Kashaf strived to be the best version of herself. During her journey, she meets with Zaroon and life changes drastically. The show is also popular in India.

It’s a beautiful series where the comedy timing is perfect. This is one of those Pakistani dramas that has a huge fan following across Asia. The love-hate relationship between Arsal and Ajiya is so much fun to watch. Farhaan Saeed and Iqra Aziz became popular after this series.

This show and its characters teach amazing life lessons. Every event, emotion, every gesture is expressed by talented actors so beautifully that you will not be bored even for a second. The show talks about the beautiful journey of Dr Zubia.

Rumi, Hamza, Hamna, and Azeem: Each character will make you feel special about them. The acting and everything else in this drama is top-notch. It is a complete package show with all the emotions of humanity.

If you are looking for a unique story that conveys a good message, then this is the drama for you. The character development throughout the drama is so touching, especially the character of Bhola who is not mentally sound but has a heart of gold.

Brilliantly written by Sarwat Nazeer and superbly directed by Syed Wajahad Hussain makes this show 10x awesome. Badar’s character is mesmerizing and Affan Waheed portrays her brilliantly. With a great love story, this show is truly a visual treat. It’s a gem you shouldn’t miss.

If there is a Pakistani drama that you can say is truly inspirational, then this is it. This drama touched on many social issues like caste-based discrimination, the struggle of a single widowed mother and so on.

Produced by Abdullah Kadwani and Asad Qureshi, this geo tv drama has been loved by every viewer. Danish Taimoor’s acting is very promising. The show talks about the story of Nageen and Sultan.

It’s a real family drama that everyone will surely adore. The story is very impressive. It is realistic and shows male bonding, family values, a love saga, fascinating places and much more

Set in Jackson Heights, New York, this gripping drama beautifully depicts how Pakistanis face the challenges of living far from their native land, overseas. This show will make you feel like you are a part of it. It is another masterpiece to ponder.

Which is your favourite Pakistani drama?