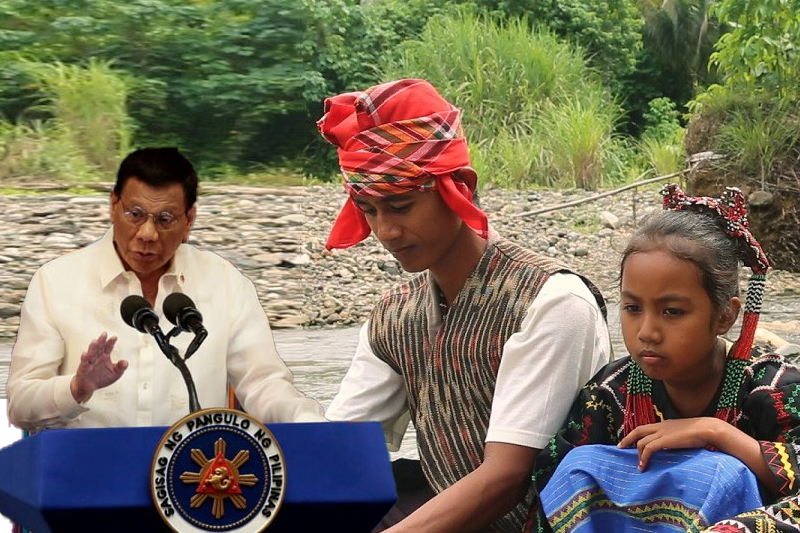 At the Novotel Hotel in Quezon City, the public and commercial sectors gathered for the ceremonial IRR signing of Republic Act No. 11596, which made child marriage illegal in the Philippines. Before then-president Rodrigo Duterte approved the bill in December 2021, the Code of Muslim Personal Laws permitted child marriage among Muslim Filipinos.

The legislation penalizes the facilitation and solemnization of child marriage as well as cohabitation between an adult and a kid outside of marriage.

If the courts determine that such a sanction is warranted, public officers who break the law will be fired from their positions and may be permanently barred from holding public office.

The legislation also renders child marriages null and void ab initio, or from the start.

“The displacement in the Bangsamoro area (most recently in 2015) resulted in a number of child marriage instances, as families in evacuation camps perceived child marriage as a way to cope with economic instability, fear of violence, and a desire to retain ‘family honor,'” according to Girls Not Brides.

According to a research by Plan International, early and forced marriage was a prevalent type of abuse against girls at evacuation areas during the 2017 Marawi siege. In situations of sexual assault, victims were compelled to marry their abusers.

Girls Not Brides reported that the Philippines ranked tenth in the world for the largest number of women who are married or in a relationship before the age of eighteen, with at least 808,000.

The anti-child marriage law also defines preventative measures, as the government is now obligated to empower children via knowledge, skills, and support networks; increase their access to school; and implement strategic interventions to empower parents and communities to eliminate child marriage.

The proposal directs the government to empower children via knowledge, skills, and support networks; increase their access to school; and implement strategic interventions to empower parents and communities in order to eliminate the practice of child marriage.

With the IRR in full effect, the many players in the battle against child marriage, including as the social welfare, health, education, and interior ministries, have clear and detailed directions for implementing the legislation in accordance with their mandates.