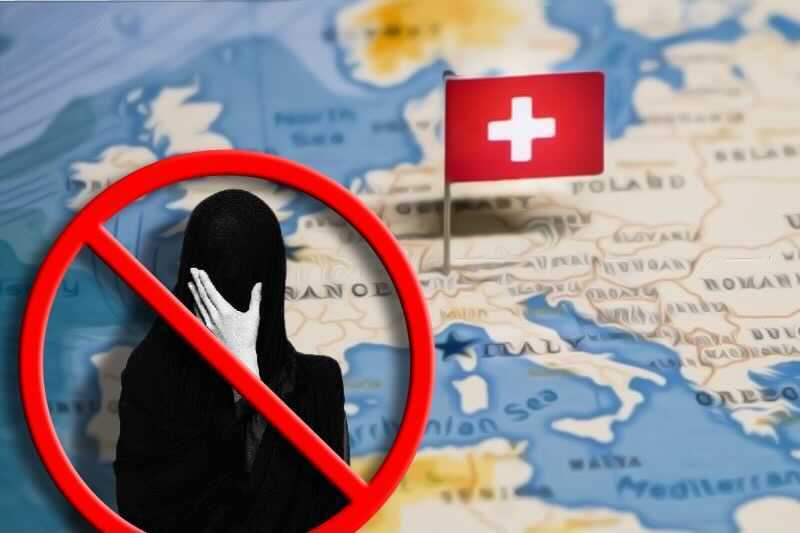 Switzerland follows suit, votes to ban the burqa and any face-covering in public

In a move that has already attracted wide criticism from Muslim communities globally, Switzerland has voted in support of a referendum that would ban women in the country from wearing burqa or niqab in public places. With the narrow votes Switzerland has followed the suit after France, Austria and Belgium too banned women from having any face-covering in public places. `

In the voting, just over 51% of voters in Switzerland voted in favor of the motion that would ban women from covering their face entirely in public places like on the street, shops, and restaurants. However, the full facial covers would still be permitted in places of worship and at places of native customs like a carnival. Face masks, that is face coverings that are to be worn for safety and hygienic reasons too are allowed and won’t be affected by the new law.

The referendum was strictly opposed by the Parliament in Switzerland and the seven-member executive council that forms the federal government in the country. The argument proposed by them was that full facial coverings represent a “fringe phenomenon”. They said that instead a proposal must be initiated under which people could be ‘forced’ to reveal their identity by lifting the veil when demanded to by officials.

The ban has been highly criticized by Muslim groups. Swiss Federation of Islamic Umbrella Organizations said, “This symbolic policy is directed against female and male Muslims. But it also damages the whole of Switzerland, which has undermined its own values by accepting the initiative.”

Group of hoteliers has opposed the ban citing that it would reduce the number of tourists from Arab nations. “A burqa ban would damage our reputation as an open and tolerant tourism destination,” said Nicole Brandle Schlegel of the HotellerieSuisse umbrella organization.

The supporters of the law argue that this is necessary to stop violence by street protesters and that the referendum doesn’t specifically mention ‘Islam’ or words ‘niqab’ or ‘burqa’.

5% of the Swiss population of 8.6 million is constituted by Muslims, which is about 390,000 people. The majority of these people have origins from Turkey, Bosnia, and Kosovo.