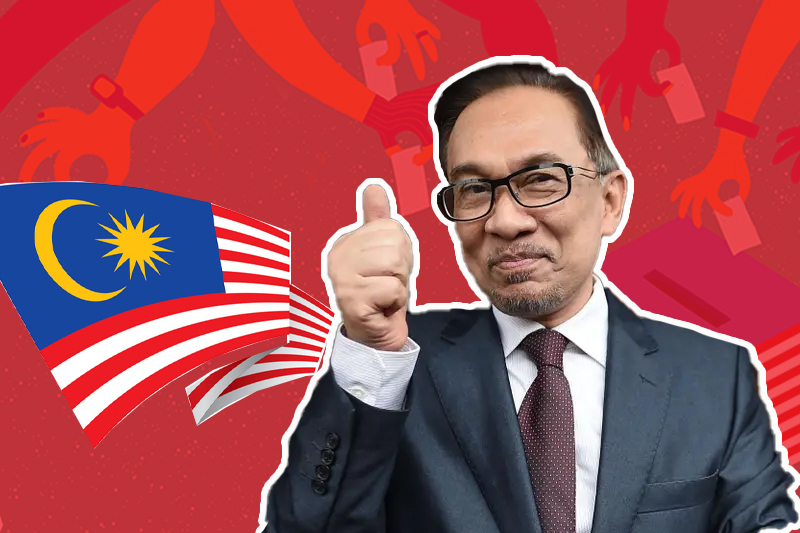 Long time opposition leader and veteran reformist Anwar Ibrahim has been sworn in as the new Prime Minister of Malaysia. With this the victory has been registered for political reformers who were locked in a battle with Malay nationalists following the widely divisive general election in the country that had resulted in a hung Parliament.

Malaysia’s king, Sultan Abdullah Sultan Ahmad Shah, has named 75 years old Anwar as the nation’s 10th leader as he expressed his satisfactions that Anwar is the right candidate to have majority support. “His Royal Highness reminds all parties that the winners do not win all and the losers do not lose everything,” a palace statement read. The monarch has urged Anwar and his new government to “be humble”, and said “all opposing parties should reconcile to ensure a stable government” and thereby ending Malaysia’s political turmoil.

The general elections in Malaysia last week had ended in an unprecedented hung parliament in which neither of the two main political alliances – one led by Anwar and the other by ex-premier Muhyiddin Yassin – were able to secure required seats in parliament for forming a government.

Anwar’s party Alliance of Hope had secured the lead in the Saturday’s election with 82 seats, which is short of the 112 that is required for a majority. An unexpected surge of ethnic Malay support propelled Former Prime Minister Muhyiddin Yassin’s right-leaning National Alliance to win 73 seats, with its ally Pan-Malaysian Islamic Party emerging as the biggest single party with 49 seats, as mentioned by The Associated Press.

“He will have to make compromises with other actors in the government that means that the reform process will be a more inclusive one,” said Bridget Welsh, a Southeast Asia political expert. “Anwar is a globalist, which will assure international investors. He has been seen to be a bridge builder across communities, which will test his leadership moving forward but at the same juncture offers a reassuring hand for the challenges that Malaysia will face.”