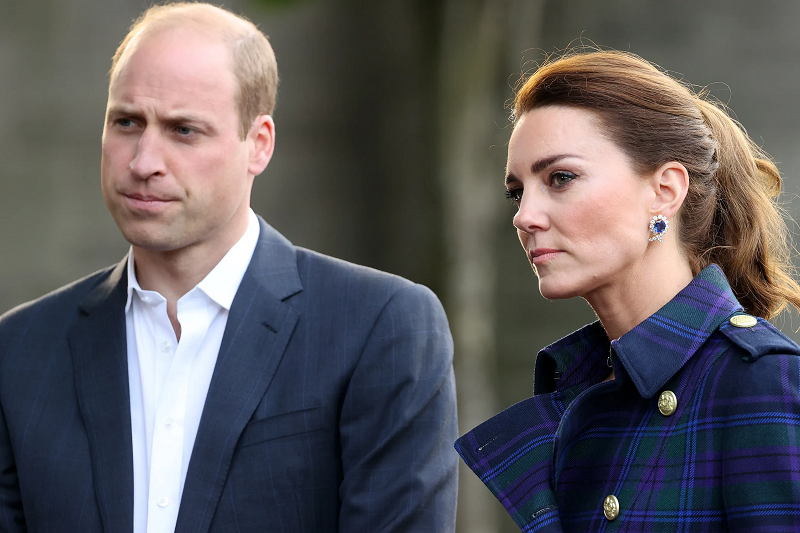 Prince Williams and his wife Kate Middleton are not always in news. But the future King and Queen for England did something that epitomizes their generosity and compassionate actions. Ahead of the Queen’s birthday, the royal couple decided to pay a visit to the headquarters of the Disaster Emergency Committee in London to learn more about their work to support people affected by Russia’s invasion of Ukraine.

It was a noble gesture as the Queen marked her 96th birthday that was celebrated in the privacy of the palace. “Wishing Her Majesty, The Queen a very happy 96th birthday today! An inspiration to so many across the UK, the Commonwealth and the world, it’s particularly special to be celebrating in this #PlatinumJubilee year,” the wrote alongside two photos of the monarch, including a family photo of the Queen and Prince Philip with their great-grandchildren.

The couple wore pins of colours marking the Ukrainian flag. They made it a point to speak with aid workers on the ground in Ukraine helping with relief efforts via video link. Their simple acts of consideration have definitely been talked about. Like they decided to buy homemade chocolate brownies and granola bars from Kensington Palace for the volunteers.

In March, the Duke and Duchess of Cambridge made a surprise visit to the Ukrainian Cultural Centre in London to hear about the efforts being made to support Ukrainians in the U.K. and across Europe. They met with members of the Ukrainian community and volunteers to learn about services being offered at the center as well as the challenges they continue to face.

“In October 2020 we had the privilege to meet President Zelenskyy and the First Lady to learn of their hope and optimism for Ukraine’s future,” the statement from the couple said. “Today we stand with the President and all of Ukraine’s people as they bravely fight for that future.”Kate Middleton And Prince Williams Talked To Volunteers For Ukraine On Queen’s Birthday