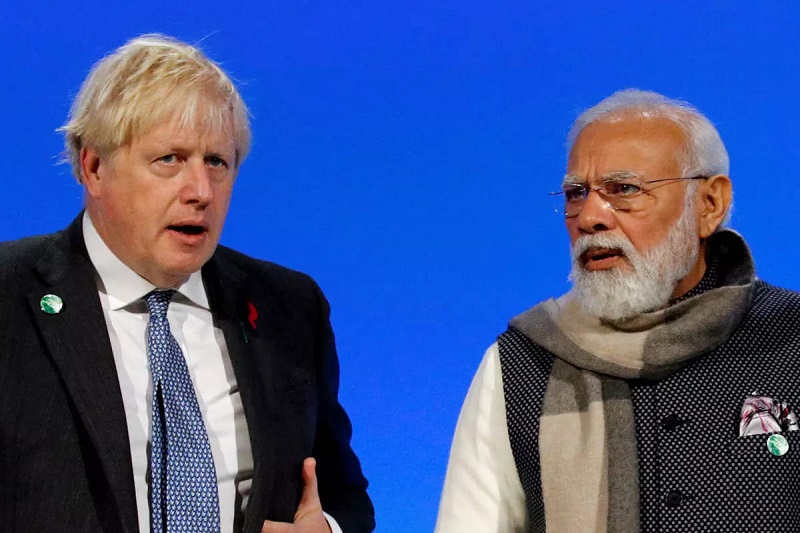 UK Prime Minister Boris Johnson is on his visit to India and aims to crack a trade deal by end of this year. Multiple agendas are in sight including whiskey and skilled worker visas for Indians. As Johnson is scheduled to meet Indian PM Narendra Modi, hopes are high to crack some good cheer.

Whisky – the classic drink loved by Indian masses, so much that it makes India the largest consumer of whisky, much to delight of the Scottish industry. But the tariffs are hefty, as much as 150 per cent per bottle of imported Scotch whisky that is sold in India. This pushes the common Indian to opt for “desi” whisky, with imported Scotch only making 2 per cent of the market. The Scotch Whiskey Association says that exports could see a rise of over £ 1 billion over period of 5 years.

High trade barriers in India – a great wall for trade

High trade barriers, including tariffs, restrictions, quotas on investment are a big wall in easy Indian market access. For instance, tariff on foreign cars is a whooping 100 per cent.

Since the beginning of this year, United Kingdom and India are engaged in trade talks. The aim is to secure a deal by end of 2022. The third round of these talks are beginning next week with UK Prime Minister Boris Johnson visiting India, scheduled to meet his Indian counterpart Narendra Modi on Friday.

A successful trade deal between two countries, “would be a golden opportunity perhaps more than doubling total trade between India and the UK by 2035, an increase of around £28bn”, notes UK Trade Secretary Anne-Marie Trevelyan.

Another hopeful outcome of the trade deal between UK and India is expected to be visas for skilled Indian workers. Under new post-Brexit immigration program that is point-based, more than 60,000 Indians received skilled worker visas last year.

Boris Johnson has also highlighted that current worker shortage in UK could be fulfilled by Indian skilled workers. He has further suggested that he might be chalking out an expansive eligibility for Indian workers.

Keeping the current visit of Boris Johnson to India in regard, the Scotch Whiskey Association has requested for an “early” deal to cut down whiskey tariffs in India ahead of the complete deal. The agenda is positive – a good cheer in sight. Visas for Indian workers would further sweeten the deal between the two countries that share an old history.