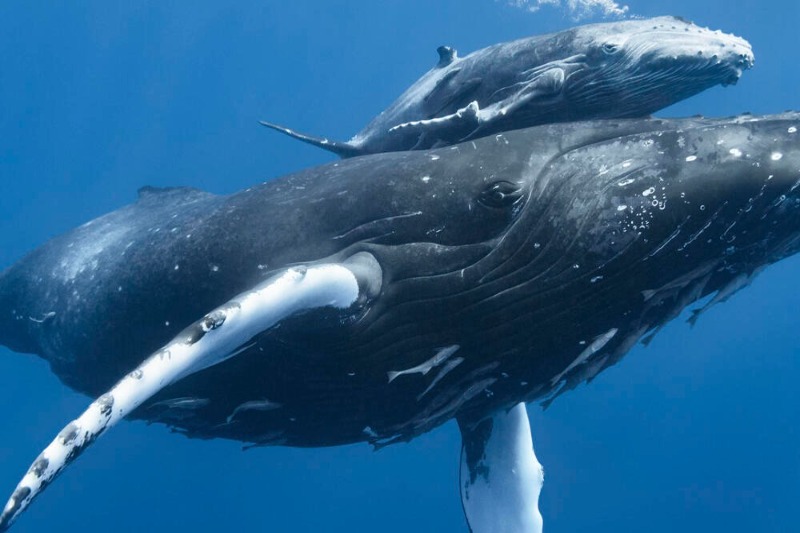 Blue whale corpses washed ashore in Patagonia, at the southernmost tip of South America amidst rocks and boulders. There were no obvious signs of trauma or traumatization on the massive mammal’s deflated body, which measured 46 feet (14 meters) long.

Performing an autopsy on the slick, uneven stones took Frederick Toro Cortes and his team from Santo Tomás University in Chile five long and laborious hours. Whales were divided into three groups, each using a huge butcher knife to penetrate the whale’s thick layer of fat and muscle.

Researchers discovered 10 liters of blood beneath the animal’s pleated skin and blubber, indications of internal bleeding, and an 80-centimeter-long bruise (hematoma) at the heart’s base. The most common cause of the damage is a blow to the chest. There are no predators for whales in the wild. Toro Cortes was suspicious that the whale had been hit by one of the increasing number of ships using these seas for transit.

“Only a ship collision at great speed can generate this in these creatures,” he stated.

“A 14-meter blue whale’s death due to a trauma caused by a rock in the middle of the sea is extremely unlikely. In addition, there are no other predators that use this method to hunt immature whales.”

Two more whales died in Chilean waters the same week that a CNN Original Series called “Patagonia: Life on the Edge of the World” captured Toro Cortes doing the autopsy in April 2021. The average number of whales killed in Chile each year is four, according to Toro Cortes.

The dead marine mammal was found to be a 4-year-old male, according to the autopsy results. An estimated 100 years is the average life expectancy of a blue whale, the world’s largest animal. If the baby whale had lived, it could have fathered more than 20 offspring.

During CNN’s Original Series, Toro Cortes said, “With the postmortem we can establish they are dying.” Our government will be under more pressure to regulate ship traffic as a result of this.

During the summer, blue whales use the Patagonian Pacific coast off Chile’s southern tip as a feeding area. There are dense areas of microscopic crustaceans known as krill, which blue whales devour in their gigantic jaws, thanks to the nutrient-rich fresh water from the steeply terraced valleys.

This area has been designated by the International Whaling Commission as one of 12 regions where whales are at risk of extinction. At least 1,200 ship-whale collisions have been recorded by the commission since 2007. For every recorded accident, there will be many more that go unreported.

Blue whale populations have yet to fully recover from the commercial whaling that decimated them, and some researchers believe that ships killing whales may be a factor in the problem.

“Most people are unaware of just how widespread this issue truly is. Whales, who are loved by everyone, have become the ocean’s roadkill,” the University of Concepción’s oceanographer Susannah Buchan stated.

Boats associated with industrial salmon farming are a significant concern in the inner seas off the coast of Chilean Patagonia. In spite of the fact that salmon are not native to the Southern Hemisphere, the rich water conditions match those found off the coast of Scotland and Norway. Farmed salmon production in Chile has surpassed all other countries and the country now exports considerably more than any other.

“We all have this mental picture of Patagonia as this enormous, untamed wilderness, and I guess that’s what it looks like. However, salmon aquaculture has greatly industrialized the marine ecosystem,” Buchan said.

“As a result, massive barges transporting harvested fish, larval stages, antibiotics, or… food for the salmon are a significant source of traffic. As you can see, there is a lot of traffic in a very little area.”

The geology of islands and inlets precludes the use of measures that could be effective along a more wide coastline, such as shifting shipping lanes.

In a 2021 study, researchers used satellite trackers attached to 14 whales along the northern Chilean Patagonia coast and publicly available shipping data to discover that whales feed in areas with high marine traffic, with the bulk of vessels belonging to the salmon farming sector.

More than 1,000 boats are battling it out every day for only one blue dot, the whale, in this animation based on some of the data researchers have collected.

In addition, Buchan noticed that the whales surface more frequently at night to feed on krill, making them even more difficult for ships to identify.

There is a chance that the captain will feel a bump or nothing at all.

Buchan is attempting to build a warning system for ship traffic along Chile’s Patagonian coast that will alert ships to the presence of whales in order to lessen the risk of collisions. There are buoys moored in the water equipped with hydrophones to catch whale songs and transmission devices that will send alerts informing mariners about how likely they are to encounter whales on their itineraries.

When a ship moves slower, Buchan says, it makes less noise and is less likely to cause harm to wildlife, including whales.

Tests of similar systems in the Atlantic off the Maine coast and the Pacific off California’s coast have both been deemed a success.

Prototype buoys are being created in the lab thanks to World Wildlife Fund funding, and Buchan intends to test them in the waters off northern Chilean Patagonia soon. “The whales’ primary goal is to gain weight in order to make it through the rest of the year. It’s a major setback for them to have to avoid all this (ship) traffic. This is also harmful,” In response, Buchan stated.