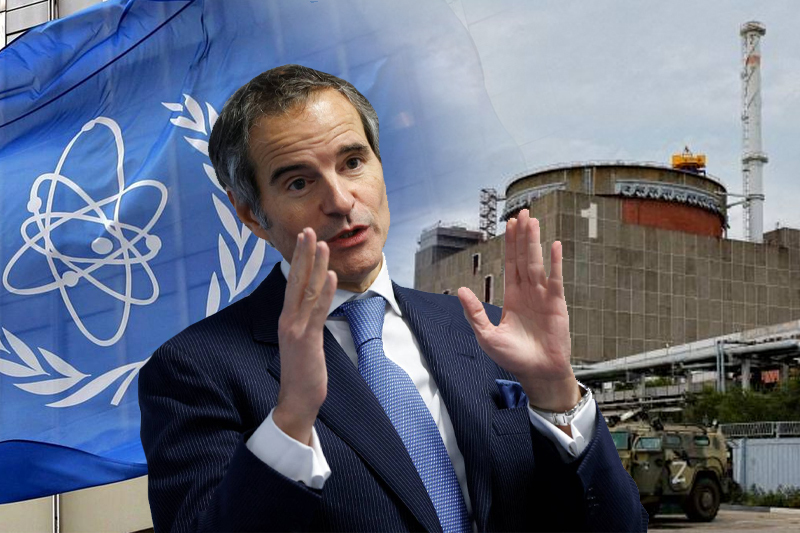 The UN nuclear energy watchdog, IAEA (International Atomic Energy Agency) has said condemning the overnight shelling near Ukraine’s Zaporizhzhia power plant that the forces behind attacks are “playing with fire”. In a statement issued by the International Atomic Energy Agency, Director General Rafael Mariano Grossi said that that “blasts yesterday evening and again this morning further underlined the urgent need for measures to help prevent a nuclear accident there”.

He added, “As I have said many times before, you’re playing with fire!”.

IAEA experts on ground have reported that, in what appeared to be renewed shelling around Europe’s largest nuclear power plant, more than a dozen blasts have been heard within a short period of time in the morning local time. IAEA team has reported of some damage to buildings, systems, and equipment at the site, but there is no criticality to the nuclear safety and security.

Russian officials have claimed that Ukrainian forces are behind the latest attacks. “They are shelling not only yesterday but also today, they are shelling even now,” an adviser to the head of Russia’s nuclear power operator Rosenergoatom, Renat Karchaa, told the Russian state news agency Tass. Ukraine’s nuclear energy agency, Energoatom, too has blamed Russia for the shelling, saying that the strikes had resulted in 12 hits to Zaporizhzhia’s infrastructure.

Zaporizhzhia, located in the south-east Ukraine, is Europe’s largest nuclear power plant. The nuclear facility was taken over by Russian troops in March, although the Ukrainian staff has remained in place to run the facility. Zaporizhzhia has been facing consistent shelling, raising fears of a looming nuclear disaster.

Grossi and the IAEA have repeatedly called for both sides in Kyiv and Moscow to implement a nuclear safety and security zone around Zaporizhzhia. Grossi has also taken part in “intense consultations with Ukraine and Russia about establishing such a zone, but so far without an agreement,” the IAEA said.

Even though the shelling caused no direct impact on plant’s key nuclear safety and security systems, the senior UN official said, “the shelling came dangerously close to them”. He added, “We are talking metres, not kilometres. Whoever is shelling at the Zaporizhzhya Nuclear Power Plant, is taking huge risks and gambling with many people’s lives.”