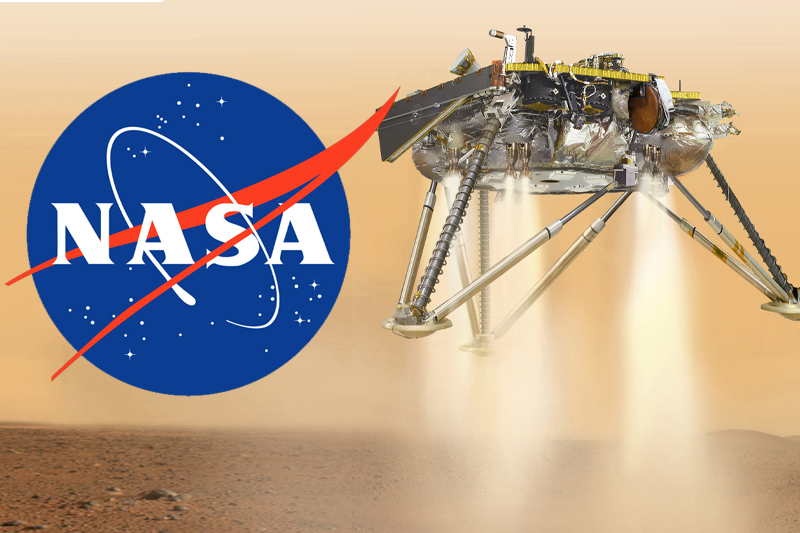 After studying Mars’ interior and measuring seismic activity since launch, NASA InSight has entered its final days. The robot, which arrived on Mars on November 26, 2018, took the likely ‘last picture’ of Mars.

Its power was dwindling due to Mars’s constant dust. In November, NASA warned that the InSight’s end on Mars was near as dust had weakened its power.

NASA wrote November 2: “The spacecraft’s power production continues to decline due to windblown dust on the solar panels thickening,”

InSight sent a message to NASA that stated,

“My power is really low, so I may not be able to send any more images. You don’t have to worry about me, my time here was both productive and peaceful. I’ll continue to talk with my mission team if I can, but I’ll be leaving soon. I appreciate you staying with me.”

NASA will end the mission if it fails to communicate with the lander and the spacecraft orbiting the moon.

InSight’s operations team, which had predicted Mars’ final days, began preparing for the robot geologist to go to sleep earlier in the year.

They turned off devices that used the most power, and made sure that all data collected over the last four years was preserved.

Internet Exploration using Seismic Investigations and Geodesy (InSight), was a mission that used a robotic lander to explore the deep interior of Mars.

In 2018, the lander reached Elysium Planitia. It has given insight into the liquid core of the red planet and its inner layers. It detected over 1300 earthquakes, including one of magnitude 5 in May.

Sources claim that the core mission of the lander was completed within the first two years after its launch.