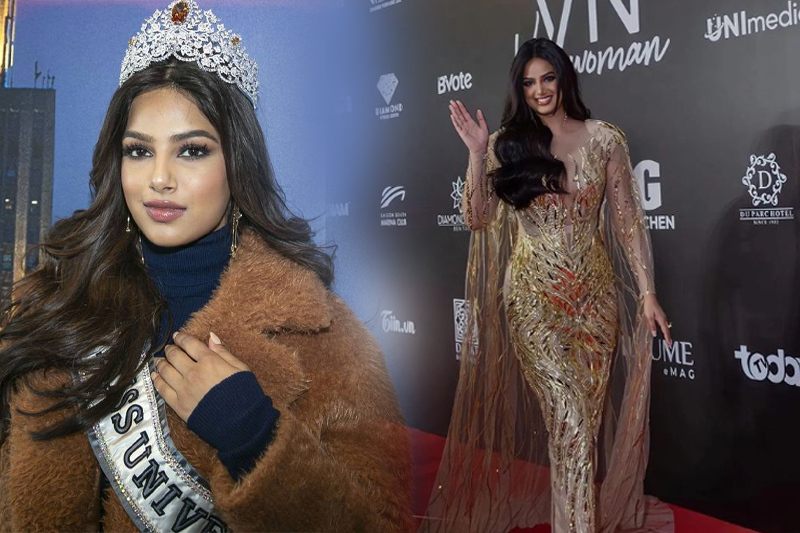 According to Sandhu, “Physically I have kind of developed, gained more pounds, and increased my weight, which I am quite comfortable about right now.” She revealed that she had begun to experience discomfort as a result of receiving harsh comments about her weight increase, despite the fact that she was content with the change.

“I was bullied because I had gained weight,” she went on to say.

The young woman, who is 22 years old, claims that it came as quite a shock to her to learn that so many people had such strong ideas regarding her physique, but she is also of the opinion that this should not be relevant. Sandhu is quoted as saying, “It’s not about how you seem; it’s about who you are from the inside, as well as how you treat other people and what you believe in.”

During the course of the conversation, the beauty queen who was born in India discussed her own personal story with regards to her health throughout the competition. “I was really concentrating towards my goal, and I was not thinking about my health at all during that time.” Sandhu mentioned that maintaining a healthy diet and engaging in a variety of physical activities were two of the most important aspects of her campaign to earn the title of Miss Universe.

“Right after I won, I took almost a whole month off to unwind and enjoy myself.” The beauty queen confessed, “During that time, I actually didn’t work out; instead, I was just eating and enjoying that time with my family.” This new approach to life led to certain physical adjustments, which, according to her, she was unaware of until someone else drew her attention to them.

Sandhu was driven to tears by some of the cruel comments that were made by members of the internet community regarding her physical appearance.

“Occasionally, it occurs at the most inopportune times. I’m going to go on stage or do anything else, and at this very moment, everything that’s happened comes to mind. “It’s such a terrible thing,” she reflected.

Thankfully, the former pageant winner has moved on from that period of her life and has come to terms with the fact that it is acceptable to be sad. “From this point on, I started appreciating everything. It is very normal to cry.” Sandhu stated, “It’s alright to feel sad. I hope that sharing my story will assist those who battle with body image and loving themselves. It’s okay to be sad.”

At the conclusion of the competition, which took place on December 12 in Eliat, Israel, Harnaaz Sandhu of India was crowned the winner of Miss Universe 2021. She will take the crown from Mexico’s Andrea Meza. She triumphed over the other 79 contestants to become the third Indian beauty queen to take home the crown. After Lara Dutta’s victory in 2000, India has not been a contender for the championship in the 21 years since Harnaaz’s victory.