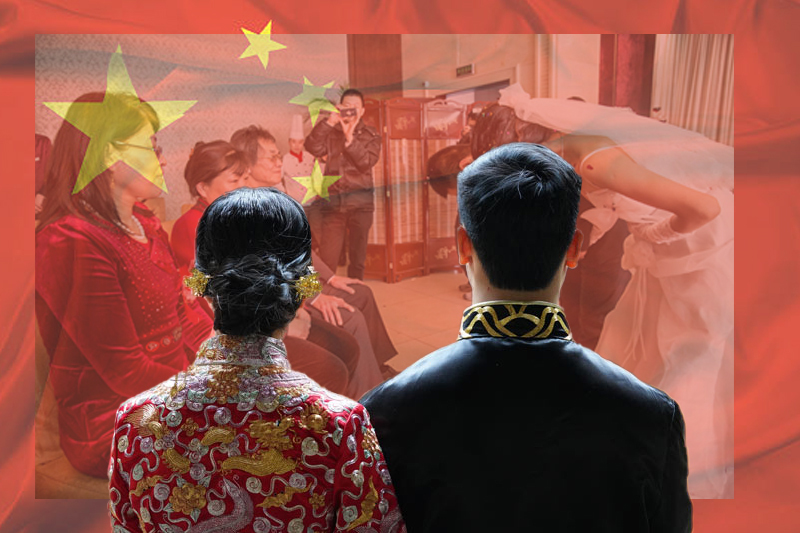 Marrying for Parents: Bride in China breaks down over 'forced' wedding

Marrying for Parents: Bride in China breaks down over ‘forced’ wedding

A 20-year-old woman in China recently went viral on social media after having a dramatic breakdown at her wedding. According to South China Morning Post, the bride surnamed Yan admitted she was not in love and only got married to satisfy her parents.

A news story on Ning Video suggested that Yan was not looking forward to married life after she tied the knot with a man she had met on a blind date. The video of her wedding, which has received massive traction on social media, features Yan in a white dress. Seemingly, she doesn’t appear to be happy. At one point, she turned her head away from the camera and broke down into tears.

In the online post, the bride, from Guizhou province in southwestern China, admitted that she didn’t want to get married and that she is only doing it to meet her parents’ expectations and cultural norms.

“My parents are getting older, and so am I,” Yan expressed, adding, “my relatives are pushing me, and neighbours gossip about me.”

She said she began looking for a husband to end the pressure, and despite feeling indifference towards a random man she found on a blind date, decided to marry him to make her parents feel relieved.

Forced marriage is considered a violation of human rights. Despite countries across the globe taking practical measures to entirely eradicate the phenomenon, marriages without the consent of both parties involved are still happening.

The story of Yan, who recently fell prey to the practice, has trended widely online in mainland China. While some netizens commented she won’t be happy in her marriage, others hoped she would become happy. “Why does she sacrifice herself in order to make other people happy,” one commenter said.