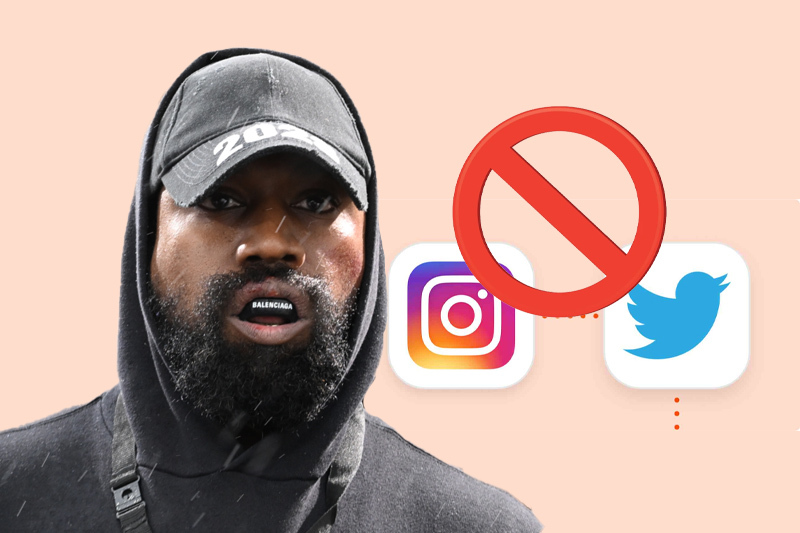 Kanye West, the United States based rapper’s Twitter and Instagram accounts have been locked due to some of the posts that were widely deemed antisemitic. The rapper, who now goes legally by the name Ye, had posted some comments that were called as “anti-Jewish”. According to a Meta spokesperson, Instagram has deleted content from Ye’s Instagram page and has also restricted the account after he violated the company’s rules and guidelines.

A Twitter spokesperson also said on Sunday that Ye posted a message that violated the platform’s policies. In a tweet that was posted on late Saturday, Ye said he would soon go “death con 3 on JEWISH PEOPLE,” according to internet archive records. “That’s an apparent reference to the U.S. military readiness condition scale known as DEFCON”, mentions The Associated Press. In the same tweet, which was removed by Twitter, he said: “You guys have toyed with me and tried to black ball anyone whoever opposes your agenda.”

Kanye West or Ye is no newbie to controversies. Earlier this month, the rapper was criticized for wearing a T-shirt with slogan “White Lives Matter” to Paris Fashion Week. Rapper Sean “Diddy” Combs had in this context posted a video on Instagram with message that he didn’t support the shirt, and also urged people not to buy it. On Instagram, Kanye West posted a screenshot of his text conversation with Diddy and “suggested he was controlled by Jewish people,” according to media reports. “Ima use you as an example to show the Jewish people that told you to call me that no one can threaten or influence me. I told you this was war. Now gone get you some business,” he wrote.

In a tweet, the Anti-Defamation League has said, “Power. Disloyalty. Greed. Deicide. Blood. Denial. Anti-Zionism. All of these are antisemitic tropes that we break down in our #AntisemitismUncovered Guide at antisemitism.adl.org. Many of these myths have influenced @KanyeWest’s comments recently, and it’s dangerous.”