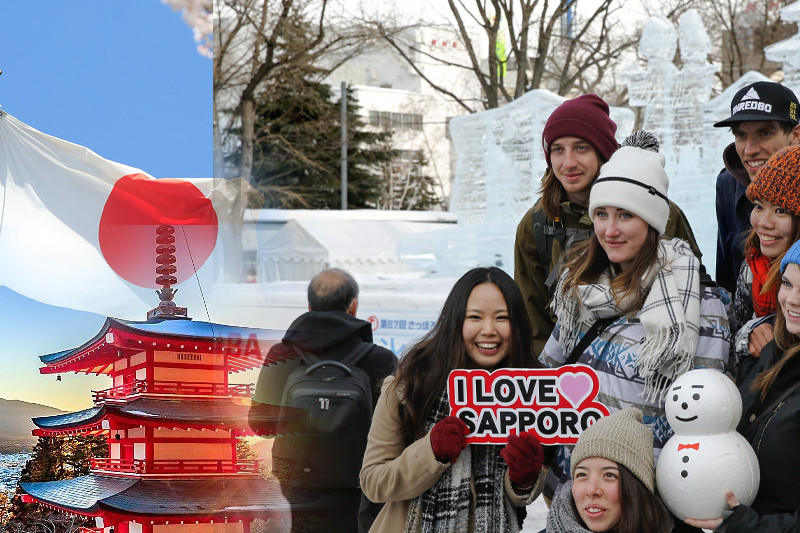 The traders and businesses are rejoicing and awaiting the flocks of tourists from abroad as the yen is becoming cheaper. Foreign tourists are coming back to Japan – the business owners are eagerly waiting for the “money laden visitors from abroad who used to flock into his colorful store in Tokyo’s Akihabara electronics district, cluttered with watches and souvenirs like samurai swords and toy cats with bobbing heads”.

Starting on Tuesday, the individual travelers will be allowed to visit Japan without visas, just like it was in pre Covid-19 era. The hopes for revival of businesses are high along electronics stores, airlines and various tourist spots.

For the majority of pandemic duration, Japan had kept its borders closed to most of the foreign travelers. Starting June, only packaged tours were being allowed. Furthermore, the yen has witnessed sharp weakening against the dollar, thereby giving tourists a bigger buying power and thus making Japan the new hotspot for tourism and bargain bidders.

Akky International Corp. Chief Executive Hideyuki Abe can barely contain his excitement over this development. Abe employs about 50 people and has been laying off the employees after the pandemic struck in 2020. Some of the Akihabara shops have closed down since then but he believes to hang in there. Retailers in Akihabara chain and other businesses across Japan have been heavily reliant on visitors but pandemic brought in couple of tough years.

The city of Nara which is famous for its temples, shrines and sake breweries, is leaning on the return of tourists – from abroad as well as from other parts of Japan. Katsunori Tsuji of Nara Prefecture’s tourism promotion division said, “There are aspects of life that Japanese have preserved over the years in Nara that you can truly sense and enjoy, that spiritual element.”

“Some 32 million foreign tourists visited Japan in 2019, before the pandemic. The travel and tourism sector then contributed more than 7 per cent to Japan’s economy,” according to the World Travel & Tourism Council. Japan’s major carriers All Nippon Airways and Japan Airlines are tapping on the anticipated travel demand and increasing flights. “The impact incoming visitors have on the Japanese economy is said to be some 5 trillion yen ($35 billion), so we have great hopes about what we can expect,” ANA Chief Executive Shinichi Inoue says.